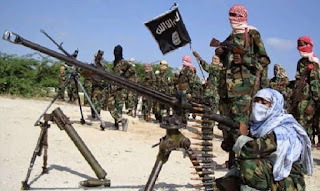 As it reaches its ninth year, the effect of Boko Haram insurgency in North East has assumed devastating proportions with widespread forced displacement, acute food and nutrition insecurity.
Figures available to INDEPENDENT show that almost five million people are at crisis or emergency levels of food insecurity, with pockets of people experiencing famine in some areas based on the Integrated Food Security Phase Classification (IPC Phase 3-4). Of these, 4.7 million are in three states – Borno, Adamawa and Yobe.
Further reports from United Nations (UN) projected that this figure reached 5.8 million by June 2017,  of which 2.1 million people (41 per cent) were in emergency or  higher level of food insecurity (IPC Phase 4-5).
Of the 5.8 million, 5.1 million were also in three states – Borno, Adamawa and Yobe.
From the projection for June 2017, the prevalence of Global Acute Malnutrition (GAM) was within the crisis/emergency threshold and pockets of very high GAM prevalence were found.
Also, the Cadre Harmonise Analysis projected food and nutrition insecurity in Adamawa,  Borno and Yobe shows that 3.68 million would be food insecure  based on the Integrated Food Security Phase Classification (IPC phase 3-5) between June and August 2018.
The Cadre Harmonise Analysis said, “Without maintained and even expanded humanitarian food and livelihood assistance, 3.7 million people will be estimated to be at risk of critical food insecurity in the next lean season, June to August 2018.”
Meanwhile, the analysis showed that 2.56 million people were food insecure according to IPC 3-5 between October and December, last year.
The analysis painting a gory picture of the food security situation in Northeast saying, it is extremely fragile. Humanitarian actors are worried about how to achieve food security in the face of the emergency which has also caused serious violations of international humanitarian and human rights law.
Despite efforts to reach the entire North East, many people remained inaccessible in six local government areas (LGAs) in Borno State, in 2016, a report  tagged, ‘Overview Of The Crisis,’ from Humanitarian Response Plan, January – December 2017, said.
The dire situation found in recently accessible areas and the urgent life-saving needs suggest that those still unreachable are in critical need.
Thirteen LGAs in Borno, five in Yobe and one in Adamawa are partially accessible through military, the Humanitarian Response Plan noted.
Reaching all people in need remains the biggest challenge to the humanitarian operation due to restricted access and high levels of insecurity, the December Humanitarian Response Plan said.
Hunger and malnutrition rates are alarming, as the protection crisis has rapidly developed into a food and nutrition crisis.
Experts under the auspices of the UN Systems  –  the World Health Organisation (WHO), United Nations Population Fund (UNFPA), United Nations Children’s Fund (UNICEF), United Nations Office for the Coordination of Humanitarian Affairs (OCHA), United Nations High Commission for Refugees (UNHCR) and International NGOs (INGO forum) at a recent dialogue called for urgent action to tackle food insecurity in the NE.
MalickNdiaye of World Food Programme (WFP) noted that food and nutrition insecurity has reached extreme levels in parts of Borno, Adamawa and Yobe.
Ndiayespoke while making his presentation entitled “Life-threatening situations and response 1: Food insecurity and malnutrition,” during a two-day dialogue tagged “The Humanitarian Crisis in the North-East: Taking Stock and Looking Ahead,” which held in Kano, recently.
The WFP official who gave an overview of his agency’s effort in Fighting Hunger Worldwide said that about 34 percent of the households surveyed in the three Northern states of Nigeria are food insecure, while five percent were severely food insecure.
He also said, “Drivers of this food insecurity are mainly displacement triggered by the ongoing armed conflict, limited land access, high food prices, extended dry-spell, and early cessation of rainfall and pest infestation.”
Christine Kaligirwa, Nutrition Specialist UNICEF, Abuja said that the nutrition summary and needs for 2018  shows that 3,506,105  people  are in need.
Kaligirwa who spoke while making her presentation entitled, “Life-threatening situations and response 1: Malnutrition,” during the recent two-day dialogue said $112  million is required to reach 2.7 million people with nutrition needs.
She called for urgent humanitarian interventions to reconstruct the devastations in NE Nigeria, including food insecurity.
She said that key activities which UNICEF plans to boost food security are, management of severe acute malnutrition (SAM) with medical complication  and management of SAM without medical complication –  out-patient therapeutic programme (OTP).