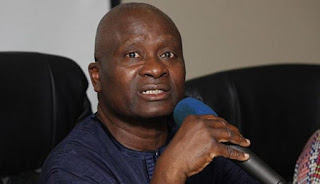 Dr. Jide Idris, the Lagos State Commissioner for Health, has tasked nurses in the State health sector on the need to embrace the core values of the nursing profession in the care of patients.
Idris gave this charge today during the 2018 Nurses Assembly, a programme sponsored by the Lagos State Government to update nurses, midwives and educators in Lagos on professional guidelines and policies affecting the profession.
He noted that nurses are integral part of the think-tank of the State government who contribute a lot to formulation and implementation of policies in the health sector.
Idris who was represented by Dr. Funmilayo Shokunbi, the Director, Medical Administration, Training and Programmes in the Ministry of Health, implored nurses to continue to exude professionalism, discipline, integrity, humility, selflessness and great care in the discharge of noble duties.
Earlier in her remarks, Mrs. Dorcas Shonibare, the Director of Nursing Services in the Lagos State Ministry of Health, stated that the Nurses Assembly is an annual event sponsored by the Ministry of Health to update nurses on current trends in the profession and serve as a platform for nurses to interact as professionals.
She explained that the theme of this year’s assembly “Nursing Accountability in the 21st Century” as a follow up to last year’s theme “Professionalism: A Roadmap for Ethical Compliance in Nursing” is a starting point for major strategic planning for a new perspective on ethics of the profession.
“Accountability is the acknowledgement and assumption of responsibility for actions, products, decisions and policies including the administration, governance and implementation within the scope of the role or employment position and encompassing the obligation to report, explain and be answerable for resulting consequence,” Shonibare said.
She stated that the recent launch of 12 patients’ Bill of Right championed by the Consumers Protection Council (CPC) and the Federal Ministry of Health is a wakeup call to the Health Sector in Nigeria thus bringing to fore the need for nurses to be fully updated as ignorance is no excuse.
“Patients are now empowered to demand for their rights and you must be ready to give explanation for your actions and intentions without having the erroneous belief that they are at your mercy,” she said.
Shonibare while encouraging nurses to have an orientation of being accountable stated that the practice of nursing services in Lagos State is being monitored in public and private health facilities by the Lagos State Health Facilities Monitoring and Accreditation Agency (HEFAMAA).
During her lecture on 21st Century Nurse Manager, Mrs. Helen Mbonu, the Group Director of Nursing Services Reddington Hospital, stated that a 21st century nurse manager must be a great communicator employing frequent, timely and problem-solving communication to ensure patient care is running smoothly.
She added that nurses in the 21st century should know the rudiments of teamwork and the need to build effective teams, remain positive and be decisive, be technologically driven and should be conversant with the use of modern equipment in health service delivery.
“A 21st Century Nurse Manager should be academically driven, have the right attitude, possess excellent customer service skills, be involved in policy making, understand finance and budget and be readily available and accessible,” Mbonu said.