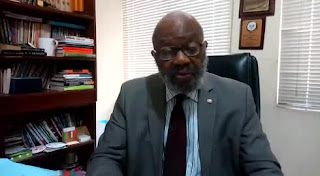 The Nigeria Academy of Pharmacy will on September 12 honour two distinguished Nigerians with ‘Lifetime Achievement award and Honorary Fellowship,’ respectively in a special ceremony which will also feature a lecture by a distinguished scientist.
According to Sir Ifeanyi Atueyi, Vice President of the Academy, who also serves as the Chairman of the Planning Committee, the lecture with the theme, “From Plant to Patient: Driving Research & Innovation for Industry,” will be delivered by a former Vice Chancellor, Benson Idahosa University, Benin-City, Professor Ernest Izevbigie.
For his pioneering and entrepreneurial trailblazing efforts in the nation’s pharmaceutical manufacturing sector, Chief Oludolapo Ibukun Akinkugbe, currently the oldest surviving former President of the Pharmaceutical Society of Nigeria (PSN), will receive the academy’s ‘Lifetime Achievement Award.’
Chief Akinkugbe who was the pioneer General Secretary of the defunct Nigerian Union of Pharmacists (NUP) also served as the fourth President of the PSN.
The veteran pharmacist, who turns 90 in December, will be first pharmacist and third distinguished personality to be awarded the ‘Lifetime Achievement Award,’ following former INEC boss, Prof. Attahiru Jega and former Executive Secretary NUC, Prof Julius Okojie.
Founder of the TY Danjuma Foundation and Chairman of May & Baker Nigeria Plc, Gen. Theophilus Danjuma (rtd) will also receive an Honorary Fellowship at the august event.
Gen. Danjuma would be recognised for his philanthropic contributions in building a country where all citizens have access to quality health care, education and equal opportunities to realise their potentials.
He will be joining former Nigerian Head of State, General Yakubu Gowon, as the only other recipient of the Academy’s Honorary Fellowship.
Prof Izevbigie, who will deliver the academy lecture, is an accomplished researcher and world-renowned authority recognised for his ground breaking focus on the use of bitter leaf in cancer and diabetes management.
He is also Founder and Chief Scientific Officer, EdoBotanics, a leading firm in the production of phytoceuticals, nutraceuticals, and dietary supplements.
“The choice of Prof. Izevbigie is rooted in exemplifying of one of the Academy’s critical focal areas which is to champion the cause of transformational change and innovation by encouraging industry, research and development and seizing the several technology advancement opportunities open to pharmacare.
“He has translated his research invention into a product, EdoTIDEs, which utilizes 100 per cent pure Vernonia Amygdalina commonly referred to as bitter leaf, for prophylaxis and treatment for cancer and diabetes patients and has gained international recognition as well as meeting societal needs,” Atueyi noted.
The Nigeria Academy of Pharmacy is a specialised academy that, among others, seeks to promote scientific research and professional development, especially in the health, pharmaceutical and related sectors in order to help overcome challenges posed by pain and disease as well as fast-track social and economic development in Nigeria and beyond.
The Academy has also been active at jointly reviewing the training curriculum for pharmacists in order to enable the profession keep pace with global developments such that the professionals remain relevant to the needs and aspirations of patients and the larger society; mentoring and building the next generation of leaders in Nigeria’s pharmaceutical space.
The body has also brought together professionals drawn from the health sciences – medicine, pharmacy, nursing, medical laboratory sciences, physiotherapy and others – to brainstorm and proffer solutions on the subject of inter-professional collaboration, against the backdrop of the animosity and inter-professional rivalry that exists in Nigeria’s healthcare sector.
The Academy is the fourth such specialized academies in Nigeria, with others being the Academies of Science, Letters, and Engineering, respectively.