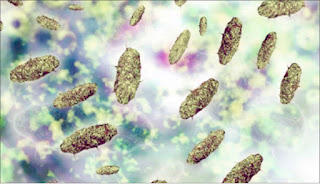 When doctors told a 65-year-old Bola Ajayi she had diabetes, she went into denial for 30 years.
She was diagnosed with diabetes sometime ago, but it was only when she lost her toe that she realised that the diabetes was serious. The pain was too much.
The  type 2 diabetic had puss coming out underneath her foot, not knowing she had stepped into a drawing pin.
However, after the doctor examined the foot, it started festering but soon it was not just her leg, the knee was amputated with the attendant excruciating pain.
The doctor said that only amputation could make her to live. They blamed the whole thing on the type of lifestyle she was living. She was working in an oil firm and living mostly on fast foods and soft drinks.
Like Bola Ajayi, many people ignore the doctor whenever he tells them that they are diabetic. People should learn to abandon their unhealthy lifestyle in addition to doing exercise always.
Research has shown that you may be blind or down with stroke before realising that you have diabetes.                                                                                     Diabetes is a silent disease that does not often present with symptoms until serious complications set in. Diabetes occurs when the body can no longer control the amount of sugar in the blood because of problems linked to the hormone insulin.
High levels of blood sugar can cause damage to the heart and blood vessels, nerves, kidneys, eyes and feet, among other things and medical experts advise that the best way to diagnose and confirm diabetes accordingly is through a blood screening test.
The International Diabetes Federation (IDF) in 2017 reported that an estimated 15.5 million adults aged 20 79 years were living with diabetes in Africa.
The continent reportedly has the highest proportion of people with undiagnosed diabetes, with over two-thirds (69.2 per cent) adults currently living with diabetes but are unaware of their condition.
In Nigeria, an estimated 3.9 million people are living with diabetes while about 846,000 people have diabetes, but are not aware they have it. Findings by endocrinologists showed that most of them will likely get to know only when complications set in.
According to the President of the Endocrine and Metabolism Society of Nigeria, Prof. Olufemi Fasanmade Nigeria on the average loses about N92 billion yearly to the scourge of diabetes.
Diabetes is a disease commonly ignored by many patients. Endocrinologists say most of the people living with diabetes will only get to know when complications such as blindness, stroke, foot ulcer that could result in amputation, among several other conditions, set in. DAILY INDEPENDENT investigations show that about 90 per cent of people with diabetes have type 2 diabetes, which is linked to lifestyle factors such as obesity and inactivity. Type 1 diabetes, once called juvenile diabetes, commonly develops among children.
Dr Afoke Isiavwe, an endocrinologist, explained that everybody is at risk of diabetes, hence the need for access to life-saving medication.
Isiavwe who is the Medical Director, Rainbow Specialist Hospital, Lekki, Lagos, while speaking during a media roundtable to mark this year’s World Diabetes Day with the theme: “Diabetes and The Family,” advised the Federal Government to waive import duties for diabetes medication, glucometers and all the consumables and equipment required in managing the condition.
Isiavwe underscored the need to teach children to eat well, have balanced meals and drink water regularly but worried that half the number of persons living with diabetes do not usually present with symptoms.
“There are what we call the modifiable and non-modifiable risk factors. The non-modifiable risk factors are the things we really cannot do anything about, for instance, ethnicity.
Isiavwe observed diabetes impacts the quality of life once a family member is down with diabetes, hence, the need for all hands to be on deck to recognise, prevent and manage the condition.
Susie Snell, the Head of Roche Diabetes Care, Sub -Sahara Africa, urged the Federal government to get involved by focusing on making the medication easy and affordable for the society to access.
In her presentation entitled: “Structured Testing of Blood Glucose in the Management of Diabetes,” she said Roche has been involved in diabetes patient care for 30 years by providing the Accu-Chek blood sugar measurement which they could use at home or anywhere.
Snell listed the importance of structured testing of blood glucose as a necessary measure a patient must take to achieve control of the disease.
Snell described the Accu-Chek device as a “tailor-made diabetes self-management solutions” designed to help people with diabetes to manage their condition and also enhance their quality of life.
Roche will be introducing new devices in 2019 to further assist Nigerians living with diabetes and also help in early detection of new cases in the country.