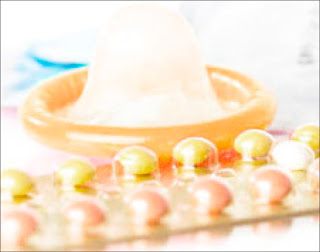 Research has shown that population size is vital to the growth of any nation and has a direct impact on other areas of development, particularly on human resources.
Increasingly, there have been global calls for countries to focus on the development of human capital, including provision of adequate infrastructure, housing, health and educational facilities. Other areas are potable water, food, job creation and the management of key natural resources.
Specifically, the United Nations Population Fund (UNFPA) recently expressed worry over increase in the number of world population and called for attention in view of the available data on population explosion, saying it is anti-development.
Responding to the global call, experts at the fifth biennial Nigeria Family Planning Conference (NFPC2018) recently called for increased investment in family planning, saying that it is a positive force to improve national planning and development.
They made the demand in Abuja, after three days of brainstorming over barriers of women in accessing family planning (FP) services in the country.
Explaining the need for increased investment in family planning, Dr Osagie Ehanire, the Minister of State for Health, said this could serve as a means of improving national planning and development.
Ehanire said this at the closing ceremony of the conference, with a theme, ‘Investment, Innovation, Inclusiveness.’
The minister said the conference became imperative in order to convene FP planning stakeholders to discuss and share experiences.
He said it also provided the stakeholders the opportunity to share ideas and innovation, and also serve as a platform in identifying new issues.
“The Federal Government adopted the option of investing in FP, which has been proven to be an investment that is cost effective as well as lifesaving choice.
“Family planning also contributed to the building of the country’s economic potential and positive step towards building a healthy and happy family.
“The conference was a platform to identify urgent issues towards innovations in planning and child birth spacing towards changing the narratives of the nation’s poor contraceptives,’’ Ehanire said.
The minister also said the primary objective of the conference was on the need for the nation to reap demographic dividend.
“He said the present administration had adopted to invest in FP which had proven to be the smartest choice that would help in building a healthier and happy family,’’ said Ehanire.
He said that every responsible country would make provision for its citizens, noting that the conference provided guidance to appropriate investment and innovations such as financing FP services, among others.
Ehanire also noted that the conference focused on three critical groups; the faith based groups, women and youths.
“It did not only help articulate their needs but what each group could do to advance the frontiers of FP strategy.
“Our discussions focused on providing guidance innovaion with some of the private sectors.
“Financing FP services in the context of health insurance and innovative financing; Nigeria investment case in maternal mortality, adolescent health and nutrition, and annual population lecture series.
“The role of private sector in expanding FP services in Nigeria; proven innovation in expanding access of FP services and expanding the services and new learning.
“We must galvanise the ideas and learning from the event to reposition, promote and strengthen FP in the country and also provide right investment towards ensuring quality services,’’ Ehanire said.
He commended the AAFP, stakeholders and donor agencies, UNFPA, UNSAID, Bill and Melinda Gates for their continued support and investment in FP.
He therefore assured that the Federal Ministry of Health would continue to collaborate with stakeholders for effective services.
Contributing, Dr Chris Ngige, Nigeria’s Minister of Labour and Employment, said the Federal Government would work with other partners in taking the population of the country to an advantage.
Ngige said this while delivering his key note address to mark the sixth Annual Population Lecture Series (APLS) with the theme “Governance, People’s Rights and Opportunities.”
According to him, there will not be a viable country without people, saying that the federal government is not afraid by the growing large population.
Ngige added that the ministry was working hard to increase the work force as well as reduce the unemployment rate of 18.4 per cent which he said was unacceptable.
He restated commitment to work with the National Population Commission (NPopC).