Restoring Custodian Of Drugs To Pharmacists 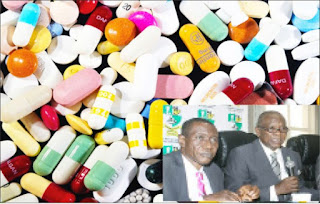 Regulators know that pharmacovigilance is a specialised area that plays a key role in the ongoing safety measures taken to protect medicinal products.
Other agenda, according to Ohuabunwa include: Provision of framework towards improved health care outcome in our health facilities and country at large; ensuring the proper integration of pharmaceutical care in all aspects of pharmaceutical services in Nigeria.
Also included in his agenda is facilitating the smooth take off of the National Drug Distribution Guidelines (NDDG); promoting equity and fair play, team work and proper remuneration of pharmacists in public and private sectors.
The rest he said is to advocate for the passage of the Pharmacy bill, which will strengthen all aspects of pharmacy services; and ensure 100 per cent internship placement for new pharmacy graduates.