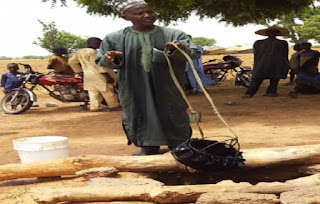 • 764 LGAs Risk Disease Outbreak Due To The Unhygienic Practice

Open defecation is widespread unhygienic practice whereby people go out in fields, bushes, forests, open bodies of water, or other open spaces rather than using the toilet to pass faeces.
From Nigeria’s North West, North East to the North Central, even to South West, South East and South South, the practice of defecating in the open is rife despite its dangerous implications.
Mohammed Kabiru(not real names), Banker, said; “I had no choice, but to defecate openly last Monday on my way from Kaduna  to Sokoto. It was a ‘nature’s call’ and there is no toilet on the highway. Under this circumstance, I told the driver to park and I did it conveniently in a nearby bush,” the erudite banker told DAILY INDEPENDENT.
The story of Samuel Odigwe, Lawyer is not different. Read his comments; “I was travelling to Owerri and I felt my stomach rumbling, the next thing, I became pressed to go to toilet immediately after Ore, Ondo State. There is no toilet on that axis, so I begged the driver to stop for me to help myself.”
Responding to if the practice is hygienic, he told DAILY INDEPENDENT, “Hygiene is not the priority under this circumstance, but the most important thing is to do the needful and free my bowels. You and I know that there is no toilet on the highway. The issue of washing my hands with clean water is unrealistic. There is no clean water in Nigeria.”

Jedawa Fulani village
The picture is the same in Jedawa Fulani village, Dambatta LGA, Kano State. The only source of water is from wells which depths are usually between eight to 15 feet.
Saleh Haruna, Ward Head whose major source of livelihood is animal rearing and farming told DAILY INDEPENDENT during a field visit at weekend that well water has been the only water to the residents of Jedawa Fulani village since over four decades.
Corroborating, Amodu Magaji, Driver, at Dambatta LGA, pointing at one of the wells where Our Reporter met him drawing water said; “This 40-years-old well is the only source of water to many households in this part of Jedawa Fulani village and it doesn’t dry no matter the season, but it serves many households in this part of my village throughout the year. This particular well is nine feet, but there are others that are even 15 feet in depth.”
On the toilet practices in the community, Magaji lamented that due to poor access to improved water and sanitation, his community still indulge in open defecation.
However, he said his community would be willing to use clean toilet and stop open defecation if government would assist them.