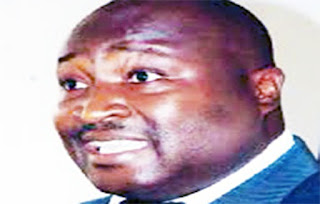 Olumide Akintayo , the immediate past President of the Pharmaceutical Society (PSN)  who is also a Fellow of PSN was the  Chairman,  Association of Hospital and Administrative Pharmacists of Nigeria (AHAPN) at a recent roundtable  in Lagos to  commemorate  this year’s World Malaria Day spoke to CHIOMA UMEHA on the event and other sundry issues. Excerpts:

The World Health Organisation recently marked the World Malaria Day with the theme, “Zero Malaria Starts With Me.” What role could public health pharmacists play in this fight against malaria scourge?

Malaria is a potentially fatal disease state if not well managed. As frontline healthcare providers, we should naturally be interested in the malaria war because we belong to a health system where an estimated 65 per cent of clinical visitations are still directly traceable to malaria cases. This is most unfortunate and the situation is apparently not changing. In the light of the advances in professional orientation, especially as professionals who have an obvious edge in the knowledge of the synthesis of chemicals and drugs, we should be championing an agenda to do a few things differently.

Could you expatiate on the type of agenda you mean?

Our Public Health Pharmacists in particular need to champion an agenda of preventive care as the ultimate panacea to the vicious cycle of the dreaded malaria disease endemic in the tropical regions. Can we, as experimental scientists, guide this nation in the use of safe chemicals which can be used to treat the environment in our quest to win the malaria war? A nation of about 180 million people which continues to allow 65 per cent of its population, which amounts to almost 120 million people, expend about N120 million daily on the average to treat malaria needs to curb such waste which transcends to a whooping N43.8 billion expenditure on only core anti-malarial, a figure which might easily hit the N100 billion mark if other additives including cost of analgesics, multivitamins and others are factored.

In other words, what is trending suggests that the treatment cost in terms of medication needs alone reveals that almost 20 per cent of the entire value chain that symbolises our pharmaceutical market is dedicated to drug treatment with anti-malarials if the total value of the Pharmaceutical Sector is put at a realistic $2 billion. Hospital Pharmacists must therefore align with other stakeholders to re-engineer the approach to malaria treatment in our polity.

What informed your choice to lead public health pharmacists at this point in time?

One of the reasons that informed my choice as Chairman is that Hospital Pharmacists want an update from me on my direct involvement in agitations to improve the welfare conditions of colleagues in their sector. This is a self-inflicted challenge I have taken up since 2012 when I emerged as President of PSN. Fifteen areas in the seventeen term of settlement agreed with the FG on September 30, 2017 have today been entered as consent judgment by the NICN after six months. This followed the 2018 strike which lasted from April 17 to May 31, JOHESU/AHPA was referred to the Alternative Dispute Resolution Centre (ADR) of the National Industrial Court of Nigeria (NICN).

In specific terms what are the achievements of the sustained Joint Health Sector Union (JOHESU) and Assembly of Healthcare Professional Association, (AHPA) struggle?

The specific benefit package courtesy of an unrelenting JOHESU/AHPA leadership as reflected in the Certified True Copy (CTC) of the NICN judgment include, the Alternative Dispute Resolution (ADR) reached between JOHESU and the Federal Government of Nigeria.

First, parties agreed to immediate implementation of central internship placement in FHIs through a Central Placement Committee of the Federal Ministry of Health(FMOH) to ensure continuous training for members of JOHESU within four weeks from execution of terms of ADR. Second parties shall adopt position on skipping as decided by court. In the interim the status quo be maintained.

The parties also agreed that various arrears shall be rectified where identified. The FMOH will liaise with  College Medical Directors (CMDs)  and CEOs, Presidential Initiative on continuous Audit(PICA ) and Integrated payroll and personal information systems (IPPIS)    to effect necessary payment of arrears.  They also agreed to tackle employment of JOHESU members by undertaking a staff audit to ascertain the veracity of JOHESU’s claim of understaffing and irregular employment.

Towards this end the FMOH will set up Staff Audit teams in all Federal Health Institutions (FHIs) including representatives of JOHESU. The committee is expected to complete the exercise within two to four weeks from the date of execution of this term.

Parties also consented to enhanced entry point for radiographers and medical laboratory scientists by ensuring full compliance with their circular.

Parties further resolved to ensure due compliance with the extant provision of the law in the appointment of CMDs/MDs. Parties in addition adopted the report of the five-man Committee on the payment of specialist allowance which is to be implemented by the Heath Minister. In this regard the approval of the Minister is to be implemented and sustained.

Other areas of agreements are: Parties accepted that the composition of Boards of appointment shall be in line with the enabling statutes; the unions shall be consulted in the appointment of their representatives to the board.

Similarly, parties resolved that Federal Government should administratively redress complaints of PSN, NASU and other bodies that were not reckoned with in earlier board appointments through filling vacant board membership slots at the National Eye and National Ear Centre.

Parties were also unanimous in tackling systemic stagnation through the proposed staff audit exercise; Parties decided to handle Retirement Age review administratively through FMOH which was mandated to present a fresh memo to the National Council on Establishment (NCE). JOHESU, FMOH and other stakeholders agreed to embark on advocacy in this regards.

The rest are; parties agreed to subject additional demands bordering on welfare of JOHESU members to the sub-committee on JOHESU on Critical Labour Matters. All other issues will go to the Central Standing Committee and parties agreed that the implementation of court judgments is not to parties’ discretion.

What are the areas you could not agree with the FG?

We could not agree with the FG at the ADR especially with regards to adjustment of CONHESS Scale, withheld salaries of April and May, 2018 and the Consultancy Cadre. These matters are being handled at unusual modes and by the Grace of God, justice will be dispensed sooner than you will ever imagine.

I therefore call on all Hospital Pharmacists to espouse the Medieval Latin phrase “mutatis mutandis” which literally means “once the necessary changes have been made.”

I continue to evaluate the duplicitous politics of expediency we play in organised Pharmacy with particular reference to the battle to emancipate Health workers from the depth of injustice they contend with in this clime. It is painful that even leaders in AHAPN do not understand the power-play in the dynamics of health-provisioning in our country.

I watched and evaluated in unusual physiological candour when AHAPN was mobilised by new forces of time and space to appraise the desirability to remain or pull-out of JOHESU sometimes last year. While the mutinous planning was being hatched, I was worried over the psychological trauma it would have imposed on generations of innocent pharmacists who would have been at a receiving end. It is important to firmly assert that it was JOHESU that won the battle to self-actualise the professional careers of many of those gathered here today who are now Directors of Pharmacy.

As at 2012 when I became President, I knew of only one Director of Pharmacy, FMC, Umuahia out of all 55 FHIs. The last time I checked, there were at least 25 Directors of Pharmacy in FHIs. JOHESU was the one that won the battle to jump-start careers of pharmacists through skipping of CONHESS 10 won at the NICN.

Today, while some leaders in organised Pharmacy romance with  their  persecutors who have the effrontery to go to court to demand scrapping of our Pharm D programme, it is only JOHESU that has confronted these antagonists in court  to demand that they must approve programmes and benefits for Pharmacists and other cadres in health care. No arm or organ in organised Pharmacy has dared to challenge it.

What is your take on this year’s World Malaria Day?

Yes, I was invited as Chairman of the World Malaria Day seminar; it is appropriate I return to that important subject matter. I did recommend earlier on the need to exploit environmental treatment through safe chemicals to wipe out the vectors of malaria. This will be in alignment with theme of the day which compels us to “End Malaria for Good.”

Can we begin to set a realistic target of reducing malaria-based clinical visitations to under 50 per cent in the next two years? By 2020 when we gather, we should be able to showcase this as a profession that seeks to be the benchmark and cynosure of eyes in the health sector.