PSN Ready To Partner FG, WHO On Malaria Elimination 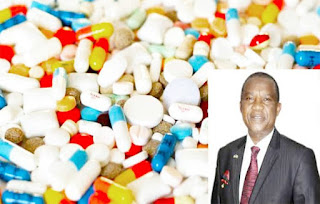 As Nigeria joins the world to celebrate World Malaria Day tomorrow, Pharmaceutical Society of Nigeria (PSN), has disclosed PSN’s readiness to partner with the Federal Government, World Health Organisation (WHO), RBM partners and other agencies to end the scourge.
Pharm. Sam Ohuabunwa, PSN President, in a statement to mark the day with the theme, “Zero Malaria Starts With Me,” said the society would contribute to the global fight against malaria by empowering the people and communities to own the programmes of total eradication.
Malaria is a life threatening disease caused by plasmodium parasite transmitted to humans through the bites of infected female anopheles mosquitoes. About 5 parasites species cause malaria in humans. The greatest threat is posed by two of these species, namely, P. falciparium and P. vivax.
According to WHO, in 2017, about 219 million people were infected in 87 countries and an estimated 435,000 deaths. 92 per cent of the cases were in Africa (61 per cent children) and 93 per cent of the recorded deaths occurred in Africa.
Prevention of transmission remains the best way for eradication of malaria through the use of LLINs (Long Lasting Insecticidal Nets) and indoor insecticide spraying.
Where prevention fails, chemotherapy remains the mainstay of malaria treatment. Chemotherapy could be preventive or curative.
Examples of Preventive remedies include Sulfadoxine/Pyrimethamine, Amodiaquine, doxycycline, proguanil to mention but a few, though WHO malaria treatment protocol supports the use of sulfadoxine/ Pyrimethamine, in preventive approach on pregnant mothers, after the first trimester(3 doses) and children, on their basic immunisation days.
WHO records that more than 10 years ago, different approaches were employed in the fight against malaria and steady advances were recorded.
But since 2015, not much has been achieved in the progress of the gains of the past years, thus the need for urgent action to get the world back on track to end Malaria.
Quoting Bill Gates, the PSN boss said, “I believe it’s not only possible to eradicate Malaria. I believe it’s necessary. Ultimately, the cost of controlling it endlessly is not sustainable. The only way to stop this disease is to end it forever.”
Commenting on the theme for this year’s event, Ohuabunwa said it is in line with Gates’ pronouncement hence the need for grassroots mobilisation of the most affected countries.
He said; “It has become absolutely necessary to take this campaign to grassroots to create the necessary awareness needed and to mobilise all available resources at the disposal of the people to enable them own the move to end malaria.
“Malaria is one of the already existing problems that global warming may have a significant impact on, and everyday living has huge consequence on this great world challenge.”
He also said that the dwindling world economy and recession is a healthy dose of reality fuelling the sense of urgency to let the people own the fight against malaria.
The PSN president said, “If chemotherapy remains the mainstay of malaria treatment then the indispensable role of the Pharmacists can never be over emphasised.”
said that the practice of Pharmacy in Nigeria today has left the traditional pedestrian and now integrative.
“Integrative Pharmacy performs the traditional role of Pharmacists which is dispensing and recommending tablets and syrups, to alternative medicines and remedies, nutriceuticals, herbal preparations and nutrition. The Nigeria health consuming public must be empowered with choices to drive the zero malaria mantra.
“The Pharmaceutical Society of Nigeria will continue to provide the Government with information that will connect the dots towards drugs and medicines security.
“As Bill Gate opined, sustaining malaria programmes that are recurrent in expenditure is not practicable hence the need to end it.”
Ohuabunwa said that there was need to encourage the local manufacture of Anti-malaria medications to ensure availability, quality and affordability.
He added, “There are at present, some plants and herbs around us which have shown both anti-malaria activity and insect repellent ability.
“Government should sponsor research through her agencies like the NIPRID and the Pharmacy schools towards developing these herbal remedies.
“The malaria-vaccine RTSs developed by GSK and approved by WHO in 2015 currently undergoing evaluation in about seven African countries for public health impact may become one of the vaccines for routine immunisation.
“The country should begin to prepare herself to leverage this to save our children.”