Chioma Umeha
Following the deaths of thousands of Nigerians yearly due to unnecessary exposure to the toxic chemical, the World Health Organisation (WHO) has urged the Nigerian government to eliminate industrially produced trans fat from the country’s food supply.
Trans fat are industrially produced  and harmful chemical known as Trans fat which is a type of unsaturated fats partially found in hydrogenated oils.
Therefore, the WHO, has tasked enjoined the Federal government to eliminate industrially, produced Trans fat from the country’s food supply. Consumption of Trans fat, used in baked, fried and packaged foods increases risk of cardiovascular diseases, recognised among the biggest cause of death around the world.
The WHO, in its newly released report by the Global Health Advocacy Incubator (GHAI), suggests that thousands of Nigerians die each year due to unnecessary exposure to the toxic chemical.
Approximately 1,300 deaths were attributable to high Trans fat intake in the country in 2010.
Nkiru Nwadioke, an Advocacy Coordinator with GHAI in Nigeria, says Nigeria must lead in the global campaign to eliminate industrially produced Trans fat from food supply.
“To save precious lives, the Nigerian government must take proactive steps now to limit Trans fat content in our foods, or ban the harmful oils that contain this toxic chemical,” Nwadioke said.
According to GHAI, Nigeria does not follow international best practice when it comes to regulating the amount of harmful and unnecessary Trans fat in food.
WHO concluded in its first-ever annual report on global Trans fat elimination, released Wednesday at the World Health Assembly in Geneva, Switzerland.
Already, the WHO has endorsed two policies to curb Trans fat consumption: banning the use of PHOs, and limiting the amount of trans fats to 2 percent of total fat in all foods.
The National Agency for Food and Drug Administration and Control (NAFDAC) has authority over the issue, and last year put planned regulatory updates on hold to conduct further analysis on Trans fat.
DAILY INDEPENDENT learnt that NAFDAC and the Standards Organisation of Nigeria (SON) are participating in a technical working group chaired by the Nigerian Medical Association, NMA, tasked by the Federal Ministry of Health to review policy options. 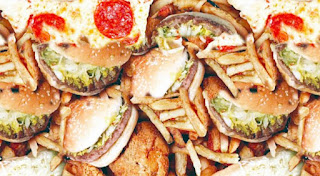 Industrially produced Trans fat can easily be replaced with healthier alternatives, documented evidence from other countries shows.
In 2018, six countries restricted use of trans fats, while another 25 (including the European Union) adopted policies that will come into effect over the next two years.
“Momentum is growing for the global elimination of industrially-produced trans fat, with nearly one third of the world’s population in 28 countries now protected from its harms,” said WHO Director-General Dr. Tedros Adhanom Ghebreyesus.
“But more than two-thirds of the world’s population lacks protection from industrial Trans fat in their food.” We lost over 10,000 members in last one year (Opens in a new browser tab) With its report, entitled “Countdown to 2023,”
WHO released a set of modules to help countries implement REPLACE, the action package launched a year ago to eliminate industrially produced trans fat from the food supply by 2023. Regulatory actions are critical to meeting this goal.