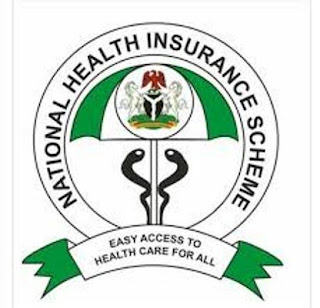 In 2018, the Association of Community Pharmacists of Nigeria (ACPN) advocated for a wide range of reforms in the health insurance for Nigerians in order to offer better and robust therapeutic outcomes for consumers of health in the country.
Consequently, they faulted the implementation of the National Health Insurance Scheme in the country, calling for reforms that would usher a new partnership and could also bring about a new dimension towards maximizing healthcare delivery in the interest of Nigerians.
In what is a revisit to that clarion call in 2018, however, the National Executive Council (NEC) of the association, arising from its two-day working visit of Ondo State, has reiterated its stand on the reform of the National Health Insurance Scheme implementation.

It also vowed to make sure that any policies from the National Health Insurance Scheme that could be obnoxious to effective health insurance of Nigerians would be vehemently challenged in the law court, even as the body of community pharmacists said that payment mechanism that had been the Achilles heels of effective health insurance scheme should be made a prohibition under the law.

“ACPN welcomed the proposed Bill for an ACT to Repeal the National Health Insurance Scheme Act CAP N42, LFN 2004 and Enact the National Health Insurance Commission Bill, 2019, but with a caveat that the obnoxious “Global Capitation” payment mechanism that created so much disharmony among providers and made the current NHIS scheme fail should be made a prohibition under the new Bill.

It alleged; “ACPN frowned at and rejected in totality the concept of ‘Health Insurance Under One Roof’ unveiled by the Executive Secretary of NHIS Mohammed Sambo as it believes this is another way the scheme is planning to put all providers in the pocket of one preferred provider and ultimately denying enrollees of quality services.

“The concept runs contrary to Global Best Practice that separates quality health care services delivery across the different professionals that make up the healthcare team. ACPN resolved in line with the mandate of its AGM to challenge in Court all unlawful policy directions of NHIS.”

Meanwhile, the association, while on the working visit to Governor Rotimi Akeredolu, toured major infrastructure in Ondo State. They had a Technical Session with the Nigerian Institute for Pharmaceutical Research and Development (NIPRD).

As a body intent on ensuring quality and effective pharmaceutical industry in the country, ACPN called on Governor Akeredolu to urgently address the debt burden of state’s hospitals to pharmaceutical companies, dating back to even the past administrations in the state.

They appraised the earlier statements of the International Pharmaceutical Federation on the roles of pharmacists in exploiting the medicinal application of cannabis and its derivatives.