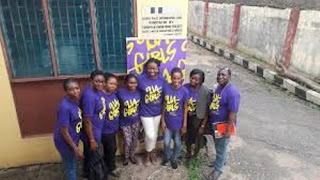 Many Nigerian families today, discussing sexual and reproductive health issues with children is taboo. Similarly, many mothers find it absurd to talk about sex with their daughters. Experts have blamed the increasing rate of unprotected sexual activity, teenage pregnancy, unsafe abortions, STDs, HIV and AIDS on the absence of sexual and reproductive health education.
According to the Guttmacher Institute fact sheet of December 2017, formal sexual health education is an instruction that takes place in a structured setting, such as a school, youth centre, church or other community-based location.

The report further said that this type of instruction is a central source of information for adolescents among teenagers.
Between 2011 and 2013, more than 80 per cent of adolescents in the US aged from 15 to 19 had received formal instruction about STDs, HIV and AIDS or how to say no to sex, the Guttmacher Institute report said. The story is different in Nigeria where subjects like sexual and reproductive health are not openly discussed between teenagers and parents or guardians.

Research shows that teaching about female hormonal physiology, like the menstrual cycle, is essential to the development of the girl child.

Fatima James, a Junior Secondary School student in Egbe, Alimosho, Lagos, started menstruation at the age of 12 without being educated on sexual and reproductive health. Her mother, a petty trader, felt it is unnecessary to disclose such information at an early age.
On the other hand, Fatima did not feel comfortable to tell her mother when she commenced menstruation. She told our reporters, how she used a piece of clothes instead of the sanitary pad during menstruation until she attended her first session at Adolescent 360 (A360) Project, 9ja Girls.

“I did not tell my Mummy because I was scared of the first time I noticed a blood stain on my pants,” she explained.
However, all this have become history as Fatima is getting more informed about her sexuality at the 9ja Girls Youth Friendly Services, Alimosho Centre, where she is also undergoing skill acquisition.

“Today, I know better, all this happened before I started attending the programmes of 9ja Girls Youth Friendly Services, Alimosho Centre. They teach us many things here, even how to make beads, footwears, handmade bags and others,” Fatima added.

The Society for Family Health (SFH) conducts training for adolescent girls in eight states of the country. SFH targets girls aged 15 to 19 for sexual education and skill acquisition through one of its projects, A360.

The A360 Project, which started in January 2016, trains adolescent girls and their mothers to enhance sexual and reproductive health, as well as strengthen the relationship between mother and child, explained Fatima Mohammed, Project Director, A360 Nigeria during one of the training in Lagos.