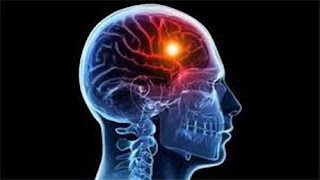 Researchers have discovered a way to create artificial neural connections in order to allow stroke sufferers to regain use of their hands in minutes, an online agency reported yesterday.

The restoration of motor function after a stroke is typically accomplished after lengthy rehabilitation therapy. However, new research shows that an artificial neural connection can successfully allow a new cortical site, associated with hand movement.

This study was published by a group led by Yukio Nishimura, the project leader of the Neural Prosthesis Project, Tokyo Metropolitan Institute of Medical Science. In the research experimental animals regained voluntary control of paralysed hands after around 10 minutes of the establishment of an artificial neural connection.
The animals involved in the study engaged in learning with a functional artificial neural connection demonstrated variable levels of input signals provided by the cerebral cortex*2 as hand movement improved.

Through this training of various areas, the research team successfully imparted a new ability to control paralysed hands using an artificial neural connection. Researcher even saw this result in areas that were not involved in hand control prior to the stroke, such as he cortex that controls the movement of other body parts such as the face or shoulder, and even the somatosensory cortex, which is responsible for tactile and proprioception processing and is normally not associated with motor control.

The research conducted in this study will aid the development of innovative therapies to help stroke patients regain lost motor function. These finding could also result in the development of novel techniques to further integrate human brains with computers.

The team of researchers involved in this study aim to continue their investigation into whether the extended use of an artificial neural connections will enhance the activity of spared neural networks and facilitate functional recovery so that patients will be able to voluntarily control paralysed body parts.