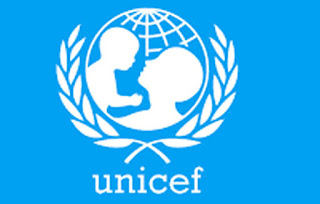 The United Nations Children’s Fund (UNICEF) said it has recorded breakthrough in the effort to eliminate the practice of open defecation through Community Led Total Sanitation (CLTS) in 11 Local Government Areas in the country.

Announcing this was Bioye Ogunjobi, UNICEF WASH specialist, at a Media Dialogue in Kano on Sanitation and Hygiene, UNICEF Communication Specialist, with the theme; “Clean Nigeria: Use the Toilet Campaign.”

Ogunjobi said that UNICEF has supported the ministry of water resources to ensure access to hygiene and sanitation in 11 out of 774 LGAs in various states across Nigeria.

“We were able to achieve this by supporting the federal ministry to implement what we call Community led total sanitation,” the WASH specialist stressed.

He explained that the CLT is an approach which helps members of various communities realise the dangers of Open Defecation (OD) and take collective decision to stop the act.

The WASH specialist observed that these community members take a collective action to build and use toilets.

Ogunjobi further noted that Nigeria needs increased investment from the government for sanitation.

According to him, a set of priorities which include taking WASH to disadvantaged communities in the rural areas, improving access to safe water and sanitation in schools and health care facilities as well as hygiene promotion and advocacy remain optimum priority.

“They are 11 LGAs in number, but we are likely to have two more in Jigawa within the next one month,” Ogunjobi said.

He said; “This has happened in a total number of 11 LGAs in Nigeria, but this is a drop in the ocean. Because we are talking about 774 LGAs and we have been able to address Open Defecation in only 11 LGAs with 764 of them left.

“Nigeria is the second largest nation practicing Open Defecation all over the world, after India. If all hands can be on deck, we can combat Open defecation.“47 million Nigerians defecate in open while 33 million of them use unimproved toilets,” he said.

Ogunjobi said the CLTS advocacy component is for the policy makers who will need to formulate policies that are needed to push for the allocation for more budgets to improve sanitation across Nigeria.

He said; “We need increased investment from the government for sanitation. We also want the media to reach out to the public. We want them to disseminate messages of change of change in behaviour,” he noted.

On his part, Geoffrey Njoku, UNICEF Communication Specialist, urged the media to increase reportage of issues on sanitation and sensitise the people on the need to stop open defecation.

Njoku enjoined the participants to see themselves as ambassadors of sanitation and deploy their tools to educate people on the need to stop defecating in open places to prevent spread of diseases.

He said a deliberate campaign using hashtag: #Endopendefecation #cleannigeria, has been set up to sensitize people on the danger of open defecation and benefits of using toilets.

He said: “This media dialogue was aimed at equipping journalists with facts and figures and other relevant information on the sanitation situation in Nigeria, especially the use of toilets

“We want journalists to understand the link between sanitation, open defecation and child survival so that they can generate human interest stories for publication.”Paul Mudzougo, UNICEF Chief of Katsina Field Office, who was represented by Niyi Oyedokun, also charged journalists to enlighten members of the public on the need to stop open defecation in the country.

In his remarks, the Deputy Director in the Federal Ministry of Information and Culture, who is also the Head, Child Rights Information Bureau, Olumide Osanyinpeju, lauded UNICEF and other donors for the their efforts in curtailing the practice of open defecation in Nigeria.

The media dialogue was organised by Child Rights Information Bureau, Federal Ministry of Information and Culture in collaboration with UNICEF, the European Union and the Department for International Development.