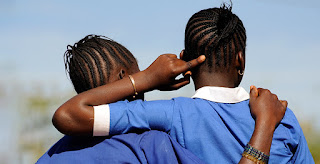 The Yobe State chapter of the Muslim Sisters Organization of Nigeria held a two-day training session on social audit, citizens report cards, and community score cards for women's rights organizations and other civil society organizations.With thirty-five (35) participants from the state's six implementing local government areas, the training session is being held in conjunction with UN Women at the Desert multipurpose hall in Damaturu.

Hajiya Magajiya Mohammed Kellumi, the Amira of the MSON Yobe State, said the initiative was launched in 2019 and is being executed in the state's Damaturu, Gujba, Potiskum, Bade, Fune, and Nguru local government areas, which are believed to have high rates of GBV and SGBV.

She went on to say that the training's goal is to educate individuals, particularly rural dwellers, on how to follow government and non-governmental organization programs in their communities.Yusuf Kagara, a facilitator and Gender based violence (GBV) officer at the MSON, stressed the importance of trainees maintaining openness and accountability since they are responsible with ensuring that monies provided for projects are used wisely.

He affirmed his delight at Governor Mai Mala Buni's addition to the VAPP law, stating that an instrument has been made available to penalize offenders and perpetrators of SGBV and GBV in the state. Some participants, including Abdulhamid Mohammed Nguru, Hajiya Aisha Mohammed, and Mohammed Ibrahim Abba, claimed the program increased their understanding of how to undertake projects in underserved areas.