Dr. Oliver C Ezechi is the Deputy Director Research & Consultant Obstetric gyneacologist and Head, Clinical Sciences Division, Nigerian Institute of Medical Research (NIMR) Lagos.  He was one of the lead researchers out of about 20 in a new study titled: ‘ Effects of alcohol in pregnancy ’ which was carried out under the sponsorship of Nigerian Breweries Plc, Lagos, Nigeria. Last year, 40 babies had their first drink before they were born. So quipped Ezechi, recently, when he presented the result of the research to a mammoth crowd of professionals, experts and journalists at the fifth anniversary of the Prof. Innocent Ujah, as the Director General (DG) of NIMR. CHIOMA UMEHA (HEALTH EDITOR) was there and has the excerpts. 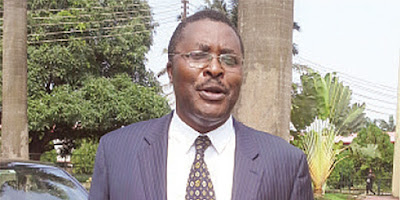 Evolution of the project

The project tagged; ‘Drink it right’ is aimed at improving awareness among women on the health related harm of alcohol use in pregnancy.

Effects of alcohol in pregnancy

Alcohol passes from the mother’s bloodstream to the fetus through the placenta.

The alcohol run’s through the fetus’s bloodstream, out into the amniotic fluid that surrounds it, and is taken in a second time.

The level of alcohol in the fetus’s blood is often two times higher than in the mother’s blood.

Alcohol is dangerous throughout every stage in pregnancy; it leads to central nervous system and brain damage. No amount of alcohol consumption can be considered safe during pregnancy.

Alcohol can damage the embryo or fetus at any stage of pregnancy; damage can occur in the earliest weeks of pregnancy, even before a woman knows she is pregnant and the cognitive effects and behavioural problems resulting from prenatal alcohol exposure are life-long.”

Health authorities are expected to develop guidelines and recommendation for the prevention and management of alcohol use in pregnancy based on country specific data.

Awareness creation against danger of alcohol in pregnancy requires accurate knowledge of the magnitude of the problem in the country.

Unfortunately, extensive literature search showed minimal and non representative information on the burden and pattern of alcohol use during pregnancy in Nigeria.

To determine the burden and pattern of alcohol use during pregnancy, with the purpose of contributing to evidence-based recommendation for policy formulation, development and implementation of an effective alcohol use in pregnancy prevention and control in Nigeria.

To improve awareness among pregnant women on the health related harm of alcohol use during pregnancy.

It was a pilot study in Lagos State preparatory to a nationwide study. The lessons learnt and challenges encountered from the pilot study will be fed into the planned nationwide survey.

It was cross sectional study.

The tertiary hospitals involved in the study were: FMC, Ebute Meta, under Lagos Mainland and LUTH in Mushin and LASUTH in Ikeja/Ifako Ijaiye.

Supervisor and researchers involved in study

I agree that the above information has been read to / by me that I have been able to ask questions about this study. I voluntarily consent to participate in this study and I understand that I can withdraw myself from this study anytime.”

The certificate of consent also required the name of participant, signature, date; name of witness, signature and date.

Type and level of facility

The type and level of facility involved in the study are: Private, public; primary, secondary and tertiary facilities.

Alcohol use in pregnancy

Alcohol use by trimester of pregnancy

On the question – Alcohol use by trimester of pregnancy; 3.9 per cent said it is used in first trimester; 25.5 per cent – second trimester, while 70.6 per cent responded that it is in the third trimester.

Prevalence of alcohol use by LGA in Lagos State

The prevalence of alcohol use by Local Government Area (LGA) in Lagos State showed in this order – Ojo – 11 per cent(Highest) and Epe – 1.9 per cent (lowest)

Obviously, there is urgent need for support by   for a nationwide study to determine the burden of alcohol use in pregnancy for appropriate education for the community, women and their husbands.

Also, important are public health education on the effects of alcohol use in pregnancy through print, electronic media as well as community and sensitization at religious places of worship.

Other necessary steps are retraining of health workers on alcohol prevention counselling during pregnancy; Development of country specific guideline for the prevention and control of alcohol use in pregnancy.

A nationwide study supported by Nigerian Breweries should be conducted to determine the national prevalence of Alcohol use/abuse in pregnancy.

A follow-up case-control study, supported by Nigerian Breweries is expected to be conducted to determine the outcomes of babies born to women who consume alcohol in pregnancy.

Similarly, retraining of Health workers and integration of alcohol prevention into existing Ante Natal Services (ANC) services should be conducted.

This story was published in Newswatch Times on November 5, 2015.
http://www.mynewswatchtimesng.com/alcohol-consumption-is-unsafe-for-pregnant-mothers-ezechi/
Posted by Chioma Umeha at 22:53