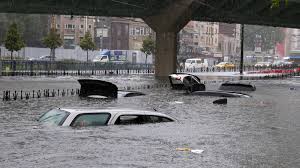 LAGOS – At least 170 persons have received training in search and rescue operations, as part of the contingency plans for the predicted 2016 flooding.
The capacity building workshop on Basic Skills in Search and Rescue was conducted by the Anambra State Emergency Management Agency (SEMA) in conjunction with trainers from the Southeast Zonal National Emergency Management Agency (NEMA).
According to SEMA Director, Chukwudi Onyejekwe, who coordinated the workshop on behalf of the Executive Secretary of SEMA, the directive to build community resilience for disaster risk reduction was from the State Governor, Willie Obiano.
He said that it was to ensure that volunteer workers from the 21 local government areas of the state get needed training to ensure there would be enough hands to tackle any unforeseen situation.
The volunteer workers in Otuocha, Anambra East Local Government Area, are also expected to gain knowledge needed to assist the flood prone rural dwellers ahead of the speculated flooding in order that no life will be lost.
In a simulated training at Otuocha, an emergency situation-like mood was activated, with sound of the Ambulance rattling the atmosphere while Emergency Management officials rallied around to assist the supposed victims.
This is part of the training programme organised by SEMA and NEMA.
From the outdoor-dramatised emergency response display to the indoor actual training workshop, the crux of the matter was to train the 170 volunteer workers from the 21 local government areas of the state on community resilience and disaster risk reduction with the use of modern equipment.
The Director of SEMA, Mr Chukwudi Onyejekwe, coordinating on behalf of the SEMA Executive Secretary, said that the training was a paradigm shift in disaster management which had moved from emergency response to disaster risk reduction.
The NEMA trainer, Ifeyinwa Onyia, who also represented the Southeast Zonal Coordinator urged the participants to follow instructions and learn every skill taught them.
The technical session was handled by other NEMA trainers who explain the function of each modern equipment used for search and rescue operation.
The technicalities in the use of the state-of-the-art ambulance were also explained to the participants, as a mobile clinic that sustains a victim before being taken to the hospital.
For one of the participants, Eucharia Attah, the training was a good development, as the use of advanced equipment in disaster risk reduction produce best results in rescue operations.
The idea of bringing rescue operation training to the rural communities is one that will not only help in the event of flooding but one that will also assist in reducing disaster rate in different emergency situation.
After the Nigerian Meteorological Agency predicted that some states in Nigeria would be devastated by flood, the identified states, including Anambra, are taking precautions to guard against the disaster. Flood has already sacked some persons from their homes in Kaduna and some other states in the northern part of Nigeria.