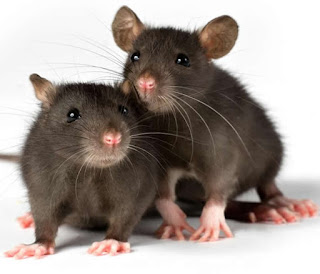 By Chioma Umeha
The Ogun State Commissioner for Health, Dr. Babatunde Ipaye, has said the number of the primary contacts with the first index case of Lassa fever in the state, a 28- year- old lady, has increased from 60 to 110, and they have all been placed under watch.
He said this on Saturday at the Olabisi Onabanjo University Teaching Hospital Sagamu, when he went to check on the victim of the viral disease kept in an isolation centre in the hospital.
He said the Ministry of Health had tracked 50 more of the former patients who were on admission “before and after the victim was brought into the two private hospitals” for treatment.
Ipaye while addressing journalists on Thursday on the first reported index case of Lassa Fever in the state, said the 28-year-old lady travelled to Ebonyi for a burial programme and returned to Ogun State on January 15, when she started manifesting the symptoms of the disease.
He said she had been taken to two private hospitals in Ota, Ruby Medical Centre and Central Specialist Hospital, both in Ado Odo/Otal Local Government Area of the state.
Ipaye added that it was the management of the Central Specialist Hospital that called the state Ministry of Health on Wednesday night, and reported that the victim was manifesting symptoms of Lassa fever.
He said the ministry swung into action immediately,  carried out confirmatory tests on her and she was later moved to the isolation centre at the OOUTH, Sagamu
However, Ipaye said the victim was responding to treatment at the centre.
He said, “The increase in number of those under surveillance was due to the fact that those that have been on admission before and after the lady in question was brought into the two private hospitals have also been tracked down and put under surveillance.
“All the 110 persons have been given a thermometer each to monitor the level of their temperature with one Surveillance Officer attached to each of them.”
The 60 persons earlier put under watch were made up of health workers of the two private hospitals, and family members of the victim.
Ipaye said 35 were from the first hospital, 22 from the second one and three family members of the victim.
While appreciating the two private hospitals involved, the commissioner said the hospitals had been decontaminated by the state health workers and would be reopened  as soon as possible.
He added that the government regretted any indirect inconveniences that the closure might have caused them.
Also confirming the state of health of the victim, the Senior Registrar, Internal Medicine Department, OOUTH, Dr Olaitan Abimbola, directly attached to the lady, said she was brought in with a confirmed case of Lassa Fever with temperature of 39. 8 degree centigrade.
She said when the required drugs were administered on her, the temperature had reduced to 38. 4 degree centigrade.
She said the persistence abdominal pain, restlessness, and breathlessness suffered by the victim, had gone down drastically, adding that she could now eat and drink with no sign of vomiting, diarrhea and no discharge from any parts of her body.
She said, “The victim has since been placed on Revavirin and other drugs and will be monitored until she has completed the 10 doses.
“Now that she is perfectly responding to treatment and no more abdominal pain, dizziness and any other complication, after  she will be handed over to the Surveillance Officer for further necessary action.”
The Director of Public Health in the Ministry of Health, Dr. Yusuf Quudus, said the 110 persons under surveillance would be watched closely between 6-21 days incubation period before they would be released to their family members.