LUTH Resident Doctors May Go On Strike Over Unpaid Salaries 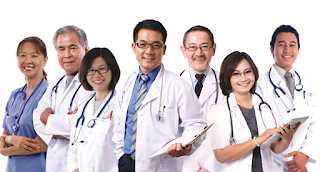 Outraged at the non payment of its December 2015 and January 2016 salaries, the Association of Resident Doctors (ARD), Lagos University Teaching Hospital (LUTH), is meeting today to determine whether to embark on strike.
President of the ARD, LUTH, Dr. Akinkumi Afolabi, revealed in an interview with The Guardian in Lagos, “As we continue to offer services, we are yet to receive our December salaries.”
According to Afolabi “We are interpreting this situation to mean that history might be repeating itself as this time last year December 2014 salaries, were paid in March 2015.”
The LUTH ARD president, further pointed, “it is a fact that almost all Federal Teaching Hospitals have got December 2015 salary, while a significant number have also received January 2016 salaries.”
He said for example, Yaba Psychiatric Hospital has been paid December salary, LUTH is not an island, because we see an anomaly a situation where other federal hospitals have been paid, and we have not.
Afolabi added, “We have reached our elastic limit, as we might not be able to guarantee what might happen after now. An angry doctor portends grave danger to patients and the community, because doctors are humans too.”
Asked if there are any plans of strikes, he told our correspondent, “no, there is no ultimatum for now, and we are still working 24 hours because of the sensitive nature of our jobs.”
“We do not want to go on strike, and do not want to be forced to,” Afolabi maintained, further explaining, “we have not also been receiving our expected salaries according to appropriate grade level placement with arrears accruing from January 2014, and this is based on the 2013 circular and a memorandum of understanding between our association and LUTH management.”
According to him, he hoped the appeal for the payment of our salaries would yield positive results so as to avert crises in the hospital.
He said as far as ARD is concerned, the LUTH management have been given several reasons like the oft-repeated “annual mopping up” exercise by Office of the Accountant General of the Federation (OAGF) and at another time the Chief Medical Director (CMD) LUTH, Prof. Chris Bode in a text message stated that the delay in December salary was due to shortfall in personnel emoluments in 2015.
The management no doubt has been making a lot of efforts, but it hasn’t translated to money.