Minister Of Health, Akande, Others To Champion 2017 Endo Campaign 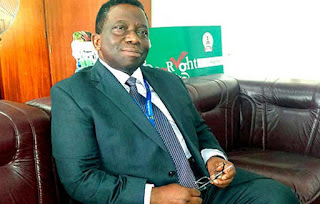 This year’s Endometriosis Awareness (Endo) Campaign is expected to make a big difference with the attendance of Professor Isaac Adewole, foremost industrialist and economist, Chief (Mrs.) Nike Akande, Wives of Governors among other dignitaries who will champion the event’s Gala Night on March 19, in Lagos.
The event which is coming along with the second edition of Nordica Media Merit Awards (NMMA) is being hosted by the Endometriosis Support Group Nigeria (ESGN).
Speaking this at a splendidly attended press conference to announce activities to mark this year’s Endo campaign, the lead Medical Consultant, ESGN, and the Managing Director, Nordica Fertility Centre, Dr. Abayomi Ajayi, said the aim of the campaign was to draw attention to the ‘invisible disease’ affecting millions of Nigerian women.
Endometriosis is a medical condition that occurs when the lining of the uterus, called the endometrium, grows in other places, such as the fallopian tubes, ovaries or along the pelvis.
The main symptoms are pelvic pain and infertility. Nearly half of those affected have chronic pelvic pain, while in 70 per cent pain occurs during menstruation.
Pain during sex is also common. Infertility occurs in up to half of women affected. Less common symptoms include urinary or bowel symptoms. About 25 per cent of women have no symptoms. Endometriosis can have both social and psychological effects.
Dr. Ajayi said the disease was often misunderstood and misdiagnosed, yet treatable and preventable, adding that women need not go through the pain and discomfort resulting from the condition.
The Nordica boss added: “While the symptoms may include pain, irregular bleeding and infertility, it presently has no cure, but can be well managed.”
Dr Ajayi also said that the aim of this year’s campaign which the theme: “Endometriosis in Adolescence,” is to bring awareness to the society, especially adolescents.
According to the organisers, the awareness campaign will start with a walk in Abuja on March 2, another walk in Lagos on March 11, a host of other activities, while the climax will be the Endo Gala Night on March 19.
Meanwhile, Nordica has announced the opening of entries for NMMA, which will reward excellence in fertility reportage across electronic, digital and the print medium in Nigeria.
The awards, which annually celebrates in-depth and informative report on In Vitro Fertilisation (IVF), hopes to continue to encourage journalists to make fertility issues, which affects over 25 per cent of Nigerian couples, a front burner, such that with more awareness, Nigerians suffering from the condition can seek help.
The NMMA celebrates the talented work of journalists that increase public awareness about fertility issue with exceptional stories
According to Nordica, those eligible to apply are journalists who have written or aired stories on fertility between January 2016 and January 31, 2017. Submission of entries started January 13 and is billed to end February 14. Entries can be submitted via the award’s website, www.nmma.com.ng
The winners in the three categories, who will go home with a cash prize of N250,000 each, will be announced at the Gala Night to end the endometriosis campaign.