Too Much Heat In The Kitchen Increases Heart Disease Risk – Researchers 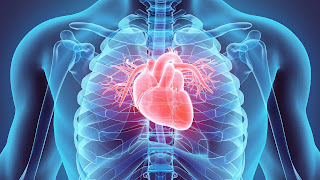 By Chioma Umeha
The warning, steer clear of deep-fried and oily foods because the extra oil is bad for the heart as well as waistlines is not new.
But, a new study, published Wednesday in the journal Nutrition, shows that it may be the temperature we are cooking food at that is the real problem, not the amount of oil we are using.
“When food is heated up to a high temperature, new compounds are created, and some of them are known to be harmful to health,” said Raj Bhopal, professor of public health at the University of Edinburgh, who led the research. “This is not to do with frying. … it is more to do with the cooking process, with the temperature.”
When foods are cooked at high temperatures, they release chemicals known as neo-formed contaminants, or NFCs. This group includes trans-fatty acids – or trans fats – that are known to increase the risk of heart disease.
Cooking food at extremely high temperatures releases harmful chemicals.
Trans fats and other chemicals are increase risk of heart disease, new research has shown.
“When the temperature is high, (trans fats) are produced at a very high rate,” Bhopal confirmed.
The researchers believe cuisines that typically involve cooking food in hot oils at high temperatures may explain why higher rates of heart disease are seen in certain populations, such as among people of South Asian descent.
The emphasis is on the temperature of your oils. “This study shows that by heating and frying, you can change what appear to be perfectly healthy oils and make them unhealthy,” said Michael Miller, professor of cardiovascular medicine at the University of Maryland Medical Center, who was not involved in the research in an online report.
By unhealthy, this means the creation of these chemical byproducts, such as trans fats. “Heart disease can manifest if you (then) reuse oils that have been boiled,” Miller added.
The group also looked at other byproducts of heating oils to high temperatures, called advanced glycogen end-products. These are also known to increase the likelihood of heart disease.
Bhopal used the example of cooking a chicken to highlight the vast differences in how much of these byproducts are produced. When a chicken is boiled, this cooking process releases an average of 1,000 glycogen end-products, whereas roasting and frying produce 4,000 and 9,000, respectively. “Different forms of cooking are leading to vastly different results,” he said.
“The focus traditionally has looked at the foods themselves, but not the fact you can take relatively healthy food and then make them unhealthy,” Miller said. But he also noted that Bhopal’s research is hypothetical at this point and needs further investigation.
The researchers have not ‘actually tested a population,’ he said. “But this is a good background story that I agree with.”
The team now hopes to explore heart rates in comparison to cooking methods among a population.
In the meantime, however, both Bhopal and Miller suggest reducing the heat in the kitchen – and in your takeout box.
“It makes sense to avoid snacks that are cooked in high-temperature oils,” said Bhopal, who himself has now switched to cooking olive oil. “Olive oil does not heat up to a very high temperature,” he said.
Miller agreed. “Try not to boil oils … and it is best to avoid fried foods,” he said.
But, both note that people cannot avoid these types of food and cooking methods at all times and, as with anything, suggest the need for moderation.
“Eating one meal is not going to do it, but it is doing it day in, day out, on a daily basis,” Miller said.