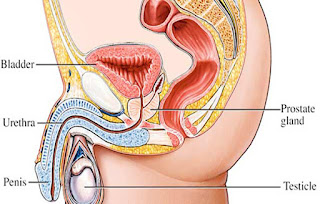 This edition would be addressing what is commonly referred to as ‘Prostrate problem’ in Nigeria.
The condition directly affects Nigerian men and indirectly concerns their women counterparts because they often take the responsibility of caring for the aged with chronic medical conditions.
Following several complains received in the course of my medical missions in the country, I discovered that ‘Prostrate problem’ is commonly mismanaged.
It is therefore important to correct certain deep-rooted and misapplied behavioural practice concerning ‘Prostrate problem.’ Though the explanations provided in this column might not be exhaustive in view of the scope of the ‘Prostrate problem, it will aim at correcting misconceptions about the condition.
The Prostate is a gland that surrounds the neck of the urinary bladder where it opens into the Urethra, and any growth or enlargement of the Prostate can result in obstruction of urine flow.
It consists of a glandular and a muscular part all surrounded by a tough capsule which is difficult to penetrate by the regular medications and antibiotics that can breach other organ barriers.
The muscular part is targeted by medications that aim to relieve symptoms of Prostate enlargement and it is its contraction that causes ejaculation of Semen into the Urethra for outward flow during sexual activity.
Thus without the Prostate, there will not be the act of ejaculation although the rest of the seminal fluid will still flow passively into the Urethra.
The glandular part releases Prostatic fluid which is secreted through ducts that open into the Prostatic Urethra to become a component of the seminal fluid (semen), which we erroneously commonly call sperm in Nigeria.
In case you do not know, what is released by a man during ejaculation is called Semen, not Sperm, but contains about 20 million Sperm to one milliliter of the Semen released, giving a total of about 60 million Sperm (full name Spermatozoa) in one ejaculation.
The confounding thing here is that only one Sperm out of the 60 million is needed to fertilize a woman’s egg and produce a baby!!
I often tell guys that they destroy 60 million Nigerians with one ejaculation when everything is done to avoid pregnancy.  But, can you even imagine the population explosion that could have resulted if not for this? That is on a lighter note.
There are several diseases afflicting the Prostate which this column would briefly treat, but I will concentrate on the two major types of Prostate diseases, at least in Nigeria.
These diseases include Prostatitis, Prostatic calculi or stones in the Prostate, benign enlargement of the Prostate (Benign Prostatic Hyperplasia commonly called BPH) and Prostate Cancer.
Prostatitis is inflammation of the prostate and is often the result of Gonorrhoeal Urethritis, or what we just call Gonorrhea in Nigeria. I am buttressing this terminology because most Nigerians do not know that one could have arthritis (joint inflammation and pain) due to Gonorrhoea!
Just imagine the incredulity of a Nigerian patient that consulted me for joint pains and after a series of tests, I told him in Igbo dialect, ‘Nnaa, my brother, o bukwa Gonorrhoea ji gi’ (translated, my brother, you have Gonorrhoea). He quickly stormed out of my consulting room and told me to go back to medical school!
Anyway, prostatitis could present with symptoms of Urinary Tract Infection (UTI) like increased frequency of urination, burning with urination, lower abdominal/pelvic pain and occasionally rectal pain and discharge. If a man has symptoms of UTI not amenable to the routine antibiotics given, it may be Prostatitis.
Remembering that the Prostatic capsule could be a barrier to antibiotic penetration, a choice of strong antibiotic in this case may be in order depending on your doctor’s prescription. In chronic untreated prostatitis, infertility from the man could arise, but this is quickly reversible once the prostatitis is treated.
Calculi of the prostate are uncommon in that they may be incidental findings in men over 60 years old and are usually asymptomatic, but in debilitating cases may require surgical removal.