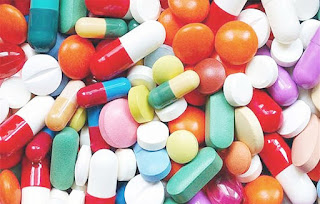 Chioma Umeha
Pharm. Bolanle Adeniran, Chairman, Lagos State Branch of the Pharmaceutical Society of Nigeria (PSN) has criticised the National Agency for Food, Drug Administration and Control (NAFDAC) for increasing drug and product registration tariff by a whopping 350 percent, warning that it would bring about grave consequences of morbidity and mortality to consumers of healthcare products in the country.
Adeniran who was quest speaker on the “Ease of Doing Healthcare Business with the National Agency For Food, Drug Administration And Control (NAFDAC), the Standard Organisation of Nigeria (SON) and the Nigeria Customs Service” on Thursday, June 20, 2019 at the Lagos Chamber of Commerce and Industry (LCCI), explained that it would now cost N1.05 million to register a prescription only medicine up from N350,000.00, while Over The Counter (OTC) drugs have moved from a hitherto expensive N1 million to N4 million.
She said the Lagos PSN has analysed the increase and declares that there is absolutely no basis for it in terms of improvement in the economic fortunes in the industry or propensity for drastic improvement in service, or in provision of vital index in the ease of doing healthcare business in Nigeria.
“If this draconian policy is not reversed or immediately remedied, the PSN, Lagos State Branch, wishes to warn through this forum that Nigeria will experience at least a 100 per cent increase in drug prices in about six months with grave consequences of morbidity and mortality to consumers of healthcare in our nation.
“In the light of the extremely depressed economy, we contend with pricing which remains a critical element in analysing trends and development in the pharmaceutical sector because it comes down to saving lives,” the Lagos PSN boss said.
She said that NAFDAC must have invoked the spirit of Section 5(f) of the enabling Act which empowers it to “undertake the registration of foods, drugs, cosmetics, medical devices, bottled water and chemicals,” adding that even in the light of that, the Lagos PSN submits that despite the proviso of the law, matters relating to tariff reviews or increase should be treated as policy.
“We belong to the school of thought that defines policy as a deliberate system of principles to guide decisions and achieve rational outcomes. A policy is a statement of intent, and is implemented as a procedure or protocol. Policies are generally adopted by the management within organisations where protocols are developed and adopted by the Executive or operating officers.
“The truth about policies is they can assist in both subjective and objective decision making. Policy differs from laws. While laws can compel like in Section 5(f) of the NAFDAC Act, policy merely guides action towards those that are most likely to achieve a desired outcome,” she explained.
Adeniran contended that while her invitation focused on the ease of doing healthcare business with NAFDAC, SON and the Nigeria Customs, a very strategic agency involved with the cost of healthcare business with regards to the pharmaceutical industry remains the Pharmacists Council of Nigeria (PCN).
“In our statute books today, the Pharmacists Council of Nigeria (PCN) remains the only body in law that has a specific approbation to regulate and control Pharmacy practice in all its aspects and ramifications in Nigeria.
“This paper will be limited to the Terms of Reference which specifies NAFDAC, SON and Customs roles. In reality, SON has very insignificant roles to play in salient regulatory controls in the pharmaceutical sector. This is because most issues bordering on quality control, analysis and Standard Operating Procedures (SOPs) in the sector are statutorily driven by NAFDAC and the PCN. The Nigeria Customs as the relevant template of the Federal Government in the collection of taxes, duties, tariffs and others is also a strategic regulator in the pharma industry,” she said.
Pharm. Adeniran said the functions and powers of the Governing Council of NAFDAC are laid down in Sections 6 & 7 of the NAFDAC Act. Perhaps one of the most potent powers of NAFDAC which gives it specific and exclusive regulatory authority in the pharma industry remains Section 5(a) which states inter-alia ‘The Agency shall have powers to regulate and control the importation, exportation, manufacture, advertisement, distribution, sale and use of food, drugs, cosmetics, medical devices, bottled water and chemicals in Nigeria. It is reasonable to infer the famous cliché which asserts the responsibility of NAFDAC to ensure a safety margin in the management of endeavours pertaining to drugs, food, cosmetics etc.’
She noted that most responsible and responsive countries place drug matters under Federal or Central control because of the need to place premium on safety and well-being of consumers of health, warning that government must never attempt to remove drug matters on the Exclusive List because of our notoriety for poor regulatory control. She said that ineffective regulatory control of pharmaceuticals continued to breed and generate fake drug syndrome and challenges of drug abuse/misuse with damning consequences of high morbidity and mortality.

Adeniran, however, noted that the leadership of pharmacists has impacted well on NAFDAC especially with the first two Director-Generals who were Pharmacists of distinction, Prof. Gabriel Osuide, FPSN and late Prof. Dora Akunyuli (FPSN). Dr. Paul Orhii held sway for four years before another eminent Pharmacist, Prof. Moji Adeyeye (FPSN), emerged as the 4th substantive Director-General of NAFDAC in late 2017. “NAFDAC continues to be one of the few strong institutions the public bureaucracy ever built with Osuide and Akunyuli excelling on the beat as Directors-General,” she said.
She said the Adeyeye-led team has also come up with a modest, but impactful output in recent months by improving the Internally Generated Revenue (IGR) of NAFDAC and reducing the political exposure which comes with vulnerability in the Nigerian space.
She said the height of the various reforms under Prof. Adeyeye is the ISO Certification of laboratory facilities at NAFDAC which repositioned the pharma industry especially local manufacturers to enjoy greater exports of their products in the months ahead and the positive measure of subjecting NAFDAC to the World Health Organisation (WHO) global benchmarking is also a landmark achievement in the regulatory process in healthcare business.
She said NCS apart from collecting revenue which includes excise duties and tariffs, taxes and other tariffs on behalf of the Federal Government, the agency subjects importers of drugs and pharmaceuticals recipients to processing “Form M” before they proceed to import. She explained that when the consignment arrives, the NCS sets a condition precedent of prospective importers processing PAAR (Pre-Arrival Assessment Report) before batches of goods can be cleared.
Adeniran lamented that the pharmaceutical importers are at the mercy of the NCS portal which sometimes malfunction and therefore delays the clearing process with sometimes excruciating financial consequences to the importers, adding that the other fundamental issue was that the NCS takes a position it does not charge duties on drug imports.
Pharm. Anthony Bola Oyawole, former Chairman, Lagos PSN, enjoined the LCCI to collaborate with NAFDAC to shorten the unduly long registration procedures and put in place rules of engagement to resolve challenges of the output of its hi-tech regulatory tools.
Oyawole also urged stakeholders to prevail on NAFDAC to reverse the 350 percent hike in registration fee as it would encourage fake drug dealers to bring in deadly merchandise at cheaper rates relative to expensive registered products.
He called on the Federal Government to sensitise Customs that drugs are lifesaving entities which need some level of prioritisation and that processing of “Form M” and “PAAR” must therefore be accelerated by the industry.
Oyawole urged the Federal Ministry of Finance and NCS to tidy up the tariff regime of drug recipients, imports and other gadgetry in tandem with the operating environment.