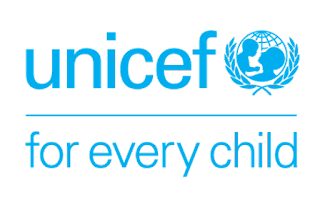 The United Nations Children Funds (UNICEF) has said that Nigeria is in dire need of N4.4 billion to procure 229,636 cartons of Ready to Use Therapeutic Food (RUTF) to address malnutrition in Borno State in 2020.

The international agency said, an estimated 440,000 children who are under five years are affected by the Severe Acute Malnutrition (SAM) in Borno, Yobe, and Adamawa states in 2019.

UNICEF Nutrition Specialist, Aminu Usman, disclosed this at the opening of a two-day media dialogue on “Integrated and timely response to nutrition-related humanitarian needs” in Maiduguri, on Thursday.

The dialogue is organised by the Child Rights Information Bureau, Federal Ministry of Information and Culture in collaboration with UNICEF, with support from the Department for International Development (DFID).

Recent reports show that child malnutrition cases in Borno had continued to rise despite international interventions.

UNICEF said it also needs N5 billion for the procurement of 258,950 cartons of RUTF for severe acute malnutrition for 2020.

He said UNICEF has been able to secure procurement for 29,314 cartons out of the total number needed.

“N5 billion is needed to necessitate the procurement of 258,950 cartons of Ready to Use Therapeutic Food for Severe Acute Malnutrition (SAM) treatment.

He also noted the likelihood of fresh influx that may exacerbate the already poor nutrition situation in the state.

In her remarks, another Nutrition Specialist, Abigael Nyukuri, noted that there is an estimated 2.5 million under five years suffering from Severe Acute Malnutrition in Nigeria.

In her presentation on “The Status of Child Nutrition in Borno,” Nyukuri gave the breakdown as follows, 440,000 children under the age of five are estimated to suffer from SAM this year in the three states of Borno, Adamawa, and Yobe.

Giving further analysis, Ms Nyukuri, said that Yobe state tops with 13 per cent, followed by Borno with 11 per cent, and Adamawa with six per cent.

She said, “There is still an emergency situation in the north east. Malnutrition affects child’s development and causes 50 per cent of deaths of children under five. It causes irreversible brain damage and compromised intellectual capacity.”

She further revealed that constraints and insecurity had made the situation even worse in some areas.

“There is really poor food security in the three states,” she said.

In his opening remarks at the event, the Minister of Information and Culture, Lai Mohammed, harped on the need to specifically address nutrition for children in the country.

Represented by the Deputy Director and Head, Child Rights Information Bureau, Federal Ministry of Information and Culture, Olumide Osanyinpeju, he said this is important to avoid the consequences of malnutrition.

Mohammed warned that the future of Nigeria is at risk of deprivations of basic social amenities, of which nutrition is inclusive; and especially in the Northern rural and hard-to-reach communities.

Commenting, UNICEF Communication Specialist, Dr. Geoffrey Njoku, observed that poverty is not the only cause of Malnutrition in Nigeria.

He explained that lack of knowledge of the right combination of foods for children can also lead to malnutrition.