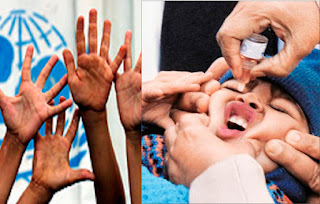 The multiple goals in the Sustainable Development Goals (SDGs) include, reducing all forms of violence against children, the creation of safe learning environments and eradicating child labour.

Similarly, the Global Partnership to End Violence Against Children is to make societies safer for children, protect childhood, and end violence against children everywhere. It envisions a world in which every child grows up free from violence and exploitation.

This entails building political will to end violence against children and promoting evidence-based strategies that lead to significant, sustained, and measurable reductions in violence.

To facilitate action, countries within the partnership will receive technical support to execute a whole-of-government approach to violence prevention.

This includes development of a road map for the implementation of evidence-based solutions and a national commitment to increased financing.

Despite Nigeria’s commitment to the SDGs; it loses N1.42 trillion to Violence Against Children (VAC) annually, the United Nations Children’s Fund (UNICEF) says, noting that there is urgent need for increased spending on Child Protection Services.

According to UNICEF, this is equivalent to 1.6 per cent of Nigeria’s Gross Domestic Profit (GDP).

The call was made recently at the unveiling of two survey documents,” A Financial Benchmark for Child Protection, Nigeria Study, Volume 1 and “The Economic Burden of Violence Against Children” in Lagos.

In September 2015, there was a wake-up call by President Muhammadu Buhari for a National Campaign to End Violence against Children (VAC) in Nigeria.

However, the two recently launched survey documents,” A Financial Benchmark for Child Protection, Nigeria Study and “The Economic Burden of Violence Against Children,” painted an ugly picture of financial cost of VAC.

Presenting the report of the survey on behalf of the consultants of the survey, Ms Juliane Koenlg, UNICEF Abuja, said; “The analysis of the economic costs shows that violence against children carries a considerable burden in Nigeria.

“The findings provide a strong evidence-base for urgent prioritised development and funding of interventions by all stakeholders for the reduction of violence against children.

“The adverse consequences of childhood violence affect not only children as individuals, but by extension, families, communities and societies.

“Nigeria’s future economic growth and development, may unfortunately, be compromised if sustained, commuted support and resources to Nigeria’s Child Protective Systems are not secured.

“These systems are essential in the identification and prevention of suspected cases involving violence against children as well as to ensure immediate access to health and protective services for victims when warranted.”

On the effects of childhood violence, Koenlg said it was associated with poor physical and mental health as well as educational attainment in Nigeria.

According to her, these are vital components of a country’s economic growth and development.

Also, Mr. Denis Onoise, Child Protection Specialist, UNICEF, explained that there was need for “Call to Action’’ by governments and stakeholders to add child protection budget line to national chart of accounts.

According to him; “There is also need to formalise an End VAC National Act Plan and establish VAC helpline. These will improve the delivery of child protection services across the country,” Onoise said.

He said that based on the study, currently, only 14 per cent of child protection expenditure in Nigeria was devoted to critical prevention services.

Balogun said the findings in the assessments serve as a wakeup call for all stakeholders to go back to the drawing board and chart a new course toward increased funding for child protection.

“As Nigerians, we must invest in our heritage because it is this investment that will yield quantifiable returns towards growth in the economy,” she said.

The Ministry of Budget and National Planning, in collaboration with the Federal Ministry of Women Affairs and Social Development and with the support from UNICEF, recently embarked on the two different surveys.

The aim was to determine the financial commitment of government on Child Protection Services and also to evaluate the economic loss of VAC.

As an essential part of the National Campaign, the study was to increase the level of awareness on public fund allocations for Child Protection services across the Federal Ministries, Department, Agencies and four pilot states of Lagos, Cross Rivers, Plateau and Gombe.

The first part of the study was on Financial Benchmark on child protection: this study was embarked upon to provide evidence of the actual budget allocation and expenditure on child Protection services between 2014 and 2016.

The second report, which is on Economic Burden of Violence against Children, presented the cost of inaction on VAC; this was to deepen the evidence of the child protection for every Nigerian Child.