The next birth of baby without HIV to a mother, who suffers from the disease, will bring the number of babies born without infection to one million in Sub-Saharan Africa following ten years of US aid programme. According to health experts, this will mark another remarkable step in the long fight against HIV and AIDS, as the United States and its global partners work towards what they call an AIDS-free generation, which just a decade ago would have been unimaginable.

Mother-to-baby transmission has long been a source of concern among governments and organizations working to control the spread of HIV. But more effective anti-retroviral drugs and regimens are now dramatically cutting the chances of an infected mother passing on the disease to her baby during pregnancy or breastfeeding. The millionth baby born HIV-free was Tuesday to be trumpeted as part of celebrations to mark the 10th anniversary of the US President’s Emergency Plan for AIDS Relief, known by its acronym PEPFAR. The biggest fall in transmission rates from mom to infant has come since 2009, US Global AIDS coordinator Eric Goosby told AFP, Tuesday. “Somewhere round 430,000 babies are born annually with HIV and this project that we’ve been in really since the beginning of PEPFAR and has intensified over the last three years in partnership with UNAID and UNICEF,” Goosby said. 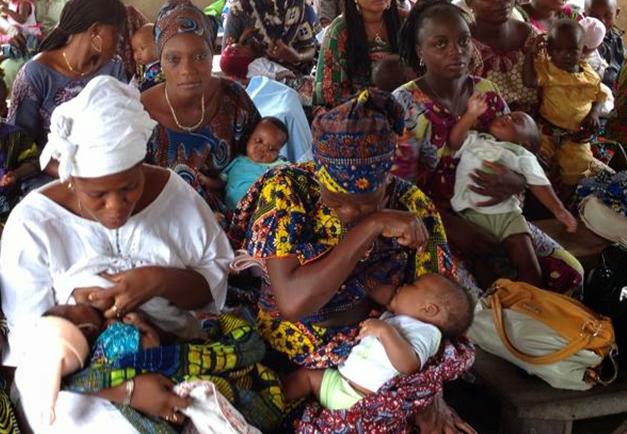 The program was working to “virtually eliminate paediatric HIV by 2015 and keep their mothers alive,” he said, with aim of reducing the number of babies born with the infection to around 30,000 annually. This is “a significant flag for PEPFAR” which works in 36 countries, he added, pointing to all the difficulties in reaching women in rural, poor and remote areas of the world. This involves not just identifying the mother, but getting her on a drugs program and keeping her in treatment through that pregnancy and any later pregnancies — not always an easy task in rural Africa. Once the chances of a mother infecting her baby stood at around 30 percent, but now with the launch of a cocktail of three anti-retroviral drugs that has dropped to only about two percent, Goosby said. Absent a medical breakthrough leading to a cure, experts are working towards a so-called “tipping point” when fewer people contract HIV every year than the number of people going onto treatments. US Secretary of State John Kerry, hosting Tuesday’s ceremony, was also to announce that some 13 countries, from Botswana to Zimbabwe, were close to that all important “tipping point.”

In Ethiopia and Malawi, the ratio of new HIV infections to the increase of patients on treatment is just 0.3. The figures are startling. Ethiopia — which with a population of 84.7 million is the most populous African country after Egypt — for instance registered only 11,000 new cases of HIV in adults in 2011. Launched under former president George W. Bush, PEPFAR was an initial commitment of some $15 billion over five years aimed specifically to provide anti-retroviral drugs to HIV infected people. That has risen to a budget of about $5.5 billion annually, including its contribution to the Global Fund — the world’s largest financing organization of programs to fight AIDS, tuberculosis and malaria. And although some 1.7 million people still die every year from AIDS-related illnesses, PEPFAR supports more than 5.1 million on treatment programs. The program estimates that worldwide more than 16 million children are living without one or both parents who have succumbed to AIDS, while millions more are left vulnerable with their parents chronically ill.

This story was published in Newswatch Times on June 20, 2013.
http://www.mynewswatchtimesng.com/sub-saharan-africa-celebrates-one-million-hiv-free-babies-soon/
Posted by Chioma Umeha at 21:00