No HIV after stem-cell transplants – Researchers


Two HIV -positive patients show no trace of virus after receiving chemotherapy and stem-cell transplants as treatment for lymphoma, according to new research. These patients have become the second and third known cases of a “sterilizing cure,” in which medical treatment removes all traces of HIV — the virus that causes AIDS — from the body. They have remained virus-free even though doctors’ months ago took them off their HIV-targeted medications. “We have been unable to detect virus in either the blood cells or the plasma of these patients,” said lead researcher Dr. Timothy Henrich, of Harvard Medical School and Brigham and Women’s Hospital in Boston. “We also biopsied gut tissue from one of our patients, and we were unable to detect HIV in the cells of the gut. 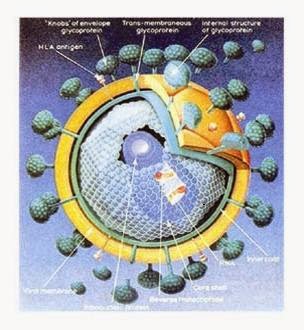 Essentially, we do not have any evidence of viral rebound.” The findings are scheduled for presentation on Wednesday at the International AIDS Society Conference in Kuala Lumpur, Malaysia. The patients had been receiving long-term antiretroviral therapy for HIV when they developed lymphoma, a type of blood cancer involving white blood cells, Henrich said. Both underwent chemotherapy followed by bone marrow transplants to cure their lymphoma. Afterward, Henrich could not detect any HIV infection in their bodies. Henrich presented preliminary findings on the research at the International AIDS Conference last July.  Since then, he and his research team withdrew the patients’ antiretroviral therapy to see how completely the cancer treatment had rid them of HIV. One patient has been off treatment with no detectable virus for about 15 weeks, and the second patient for seven weeks. Henrich warned that it is too soon to declare the patients completely cured of HIV. “Although we cannot detect HIV, it’s possible it’s there but in extremely low amounts,” he said. “We’re going to watch and wait, and see where it goes with these patients.”

Unfortunately, this type of cure is not something that can be put into widespread practice for all people infected with HIV. “Transplantation is not a scalable, affordable or even safe treatment for HIV patients,” Henrich said. The so-called “Berlin patient,” Timothy Brown, is the first documented case of a sterilizing cure for HIV. An American man living in Germany who received a bone marrow transplant for leukemia, Brown has remained HIV-free even after discontinuing his antiretroviral drug therapy The transplanted bone marrow cells came from a donor who had a rare genetic mutation that increases immunity against the most common form of HIV, and researchers believe that helped protect Brown from re-infection. In Mississippi, US, a baby born with HIV nearly three years ago is the first case of a “functional cure,” in which early treatment eradicates the virus. Immediate treatment with antiretroviral medications rid the child of all traces of HIV within the first month of life, and she has remained virus-free even after discontinuing drug therapy at 18 months of age.

This story was published in Newswatch Times on July 6, 2013.
http://www.mynewswatchtimesng.com/no-hiv-after-stem-cell-transplants-researchers/
Posted by Chioma Umeha at 21:08