The United Nations Children’s  Fund (UNICEF) has condemned the cruel attack, Monday, on the Government Science Technical School, Potiskum in Yobe State, which killed dozens of children and injured many more. 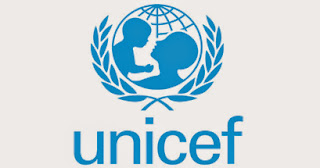 Bemoaning, UNICEF said: “These repeated and relentless attacks on children and schools are attacks on the future of Nigeria, a country that already has the largest number of children out of school in the world. “We call on those with the responsibility and power to bring the perpetrators of this cruel act to justice and to uphold their responsibilities to protect children.” It is recalled that a suspected Boko Haram suicide bomber, disguised in school uniform, killed 47 students in northeast Monday, prompting US and UN condemnation of one of the worst attacks against schools with a so-called Western curriculum.

The explosion ripped through the all-boys school, just as students gathered for morning assembly before classes began, causing panic and chaos. The massacre, described by President Goodluck Jonathan, as a ”dastardly attack”, came just a day after the release of a new Boko Haram video, in which the Islamist group’s leader, Abubakar Shekau, again rejected Nigerian government’s claims of a ceasefire and peace talks.

This story was published in Newswatch Times on November 12, 2014.
http://www.mynewswatchtimesng.com/students-killing-dims-nigerias-future/
Posted by Chioma Umeha at 17:52