Why simple strategies are not enough for bedwetting 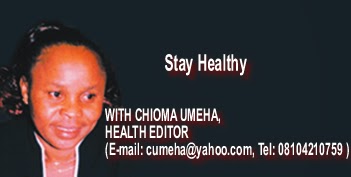 Waking in the middle of the night to change your child’s sheets after a bedwetting episode is practically a rite of passage for parents. And it is more common than you think. Scientists have said that there is no one single cause of bed-wetting, but if you want an easy target, look no farther than your own DNA.

Reasons for bedwetting are not totally understood, but experts think it may be associated with the time it takes children to develop control over the bladder, a complex milestone. The timing varies from child to child. From five to seven million children wet the bed some or most nights – with twice as many boys wetting their bed as girls. After age five, about 15 per cent of children continue to wet the bed, and by age 10, 95 per cent of children are dry at night.

While techniques such as fluid restriction can help some children who have problems with bedwetting, alarms and medications are more effective, a new study finds. “Simple behavioural therapies such as rewarding the child for dry nights or taking the child to the toilet during the night can sometimes help with bedwetting, and is better than doing nothing,” said study leader Dr. Patrina Caldwell, a pediatrician at the Children’s Hospital at Westmead and senior lecturer at the University of Sydney, in Australia. “However, there are more effective treatments such as bedwetting alarm training or medications,” she said. But alarm training is more difficult, she noted. Bedwetting affects about  five  million children in the United States, with up to 20 per cent of five-year-olds having the problem.

Most kids outgrow the problem, known medically as nocturnal enuresis, and only two per cent of adults are affected. However, bedwetting can be frustrating, stressful and traumatic. Remedies and treatments abound, but with much debate about which are best. In the United States, two medications are approved for childhood bedwetting – desmopressin (DDAVP) and imipramine (Tofranil) – although others are also used off-label. Dr. Trevor Resnick, chief of neurology at Miami Children’s Hospital, said he only prescribes medication on an as-needed basis, such as to spare children embarrassment on a sleepover. The new report was published recently in The Cochrane Library. For the review, Caldwell’s team reviewed 16 published studies involving more than 1,600 children, with about half trying simple interventions. Among them were fluid retention, rewards for dry nights (such as stars on chart), and lifting children and taking them to the bathroom after they have been asleep. No one simple strategy worked better than another, the researchers found. When they compared alarm training with the simple strategies, the alarm training was more effective. And treatment with medication alone was better than the simple interventions.

However, the researcher noted that “the findings from this review should be interpreted cautiously due to the poor quality and small sizes of the trials.” The findings suggest that parents may want to start with simple treatments, Caldwell said, “then move to alarm training or medication if simple treatments do not work after trying for six months.” “Younger children generally take longer to respond to treatment,” she said. “Don’t get annoyed with the child, because bedwetting is usually out of their control.” While the alarm system, which sounds an alarm when drops of urine are detected, is effective, it is difficult to do, Caldwell said. Another downside she has sometimes seen is when children become dry on alarm training then develop sleepwalking or night terrors.

“Bedwetting and night terrors and sleepwalking are all parasomnias (sleep disorders) and are known to be associated,” she said. The new findings mirror what U.S. expert Resnick has seen in his patients. “I’d say behavioural therapies work about 50 percent of the time,” said Resnick, who was not involved in the study. If simple treatments do not work, Resnick said he may consider medications, but he only prescribes them on an as-needed basis, since the medications have side effects.

To be continued next week.

This story was published in Newswatch Times on August 31,  2013.
http://www.mynewswatchtimesng.com/simple-strategies-enough-bedwetting/
Posted by Chioma Umeha at 17:10