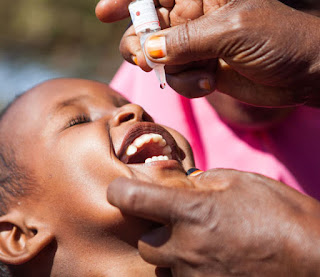 A new road map for implementing the Addis Declaration on Immunisation (ADI )  has been launched.

The event happened in Kigali, the capital of Rwanda recently, at the inaugural Africa Health Forum.
The launch followed the decision in January this year, at the 28th  African Union Summit in Addis Ababa, by heads of government from the continent to approve the ADI, which was earlier drafted and signed by ministers and other top level delegates at the Ministerial Conference on Immunisation in Africa in February 2016.

The foreword to the 35-page report informs that the “endorsement paves the way for accelerated implementation of the ADI roadmap to ensure that everyone in Africa, no matter who they are or where they live, can access the vaccines they need to survive and thrive.”

While noting that “Africa has made tremendous gains in increasing access to immunisation in the last 15 years,” progress, it says, “has stagnated, leaving one in five African children without access to life-saving vaccines.”

The result is that “vaccine-preventable diseases continue to claim too many lives.”
The roadmap was “developed with the aim of providing the Member States with a framework to achieve the ADI commitments.”

There will be a help though from elsewhere as “multilateral, donors, civil society organisations, and others have expressed their willingness to support and work with countries to ensure the successful implementation of the ADI.

Notably, World Health Organisation (WHO) in the African Region (AFRO) and Eastern Mediterranean Region (EMRO) and the AU Commission (AUC )have proposed the establishment of a secretariat to provide technical assistance and help monitor progress toward achieving the ADI commitments.”

The implementation is targeted “through three areas of focus: generating and sustaining political commitment and funding; strengthening technical capacity and overcoming barriers to access; and closely monitoring progress.”

Besides revealing the roadmap, the report shed light on efforts of some African states, prior to now, to develop vaccines.

“Between 2012 and 2016, 23 African countries had registered vaccine clinical trials. In many of these countries, multiple trials were conducted. For example, 16 of these countries registered a total of 38 vaccine clinical trials between 2015 and 2016. Only two national regulatory authorities in Africa (that is Egypt and Senegal) are recognised by WHO as applying stringent standards for quality, safety, and efficacy.

This recognition is required in order for countries to manufacture prequalified vaccines for international markets, including UNICEF and Gavi purchase,” it says.
Posted by Chioma Umeha at 20:10