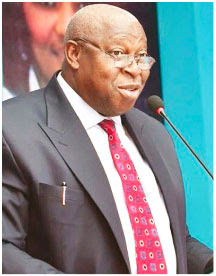 The Lagos State Government has restated Its commitment towards maternal, peri-natal and child (under-five year) health, saying it is one of the most important issues that determined national well-being.

Making the declaration recently, at the flag-off of this year’s Maternal, Newborn and Child Health, (MNCH) Week across the state, the government said that it plans to reach 640,000 pregnant women under the programme.

MNCH Week offers a veritable platform to simultaneously contribute to the reduction of child morbidity and mortality and improving maternal health indices. The week held between 3 and 7 July, 2017.

At a news conference weekend, at the Lagos State Government Secretariat, Alausa, in Ikeja, Lagos, Southwest Nigeria, Special Adviser to the Governor on Primary Health Care, Dr. Olufemi Onanuga said it was a known fact that maternal, peri-natal and child (under-five year) health was one of the most important issues that determined national well-being.

He said when aggregated, this group (women of child bearing age and under- five year old) represents over 42 per cent of the state’s total population, apart from their constituting a vulnerable group, adding that every individual, family and community was, at some point, intimately involved in pregnancy and the success of childbirth and parenting.

“It is a rather sad fact that most of the maternal and child deaths and morbidity are avoidable if preventive measures are taken, and adequate care is available. “It is for this reason that I fully lend my voice and support to the Integrated Maternal, Newborn and Child Health Strategy adopted in Nigeria as a panacea to frontally tackle the twin issue of maternal and child morbidity and mortality,” he explained.

Onanuga said during the July round of implementation, a wide range of high-impact, low-cost, protective, preventive and promoting services would be provided to the whole family. “These will include routine immunization; Vitamin A supplementation; growth monitoring and promotion, screening for malnutrition and appropriate counselling/management/referral; distribution of de-worming medicine, and distribution of Information Education and Communication (IEC) materials aimed at improving the health seeking behaviour. In addition, tetanus toxoid will be given to women of child-bearing-age, who are also counselled on key household practices like exclusive breastfeeding, complementary feeding and basic hygiene. Antenatal care and family planning services will be provided.” he said.

The special adviser further said that the 57 Local Government Areas and Local Council Development Areas were expected to flag-off this programme as this would create the necessary awareness for enhanced mobilization of the target population to all the Primary Healthcare Centres, PHCs, throughout the State.

He urged all Traditional Birth Attendants (TBAs) to ensure they were registered, and continue to refer patients early while being conversant with the danger signs in pregnancy and newborns, while imploring women to notify the authorities of any unregistered quacks and charlatans in their neighbourhood.

Onanuga further appealed to all community leaders to take full responsibility of ensuring that all the targeted groups were reached and effectively mobilized to the PHCs during this year's Maternal, Newborn and Child Health celebration.
Posted by Chioma Umeha at 19:59