“l am blessed with two children, after 19 years of fruitless marriage and  undergoing multiple IVF cycle failures.
At that time my wife was close to 50 before we had our first children – a set of twins, comprising a boy and girl. Actually if you see my son, Seun, he looks like me. We are like identical brothers. By November, he will be eight.”
These were the words of visibly elated Adejare Akiolu, a Quantity Surveyor, in Lagos, who told INDEPENDENT that he is now enjoying a new lease of marital life after his travails with infertility ended.
Akinolu said; “I got married to my heartthrob, Folake, an Educationist, in 1997. We tried t 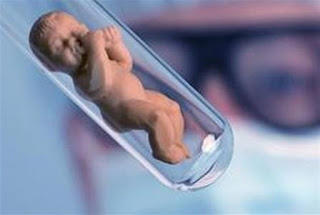 o complete our family for about two years before deciding to seek medical advice. We had no inkling of any challenge in achieving pregnancy like many other newly wedded.  We thought  all was well and believed that conception will normally take place. This was because my wife did not have any history suggestive of pelvic disease.

“But, future events proved us wrong as subsequent tests showed there was a problem and our only option for becoming parents was IVF treatment.
“It was then obvious that there are no logical reasons to infertility. Our life’s focus soon changed toward this one issue.
“After the initial diagnosis, we embarked on a series of private IVF cycles. The first appeared to be successful as 16 eggs where fertilised and Folake tested positive following a pregnancy test two weeks after her implantation. We were highly jubilant.However,  our joy was short-lived,  when my wife began  bleeding and the pregnancy was lost.
“But, we didn’t give up, so we continued through four more cycles none of which were successful, nor even resulted in a pregnancy. Neither did the huge financial cost nor the emotional trauma deter us.
“It was clear to my wife and I that the process is playing an unusual game and each attempt is likely to succeed as the last.
“Suddenly, it became a success story at the sixth IVF attempt.My wife became pregnant with twins and gave birth to two healthy children.”
The determined couple will hardly forget the experience of the last five years as their marriage story changed.
Akinolu and his wife, Folake represent hundreds of thousands of Nigerian couples that benefit from multiple IVF cycle treatment.
Studies have shown that most couples fail to have a child with their first IVF cycle; it is equally true that the chance of having a baby increases the more times they try. However, statistics shows that about 45 percent of couples who fail on the first cycle never try a second or third time.
Research has also shown that though IVF is costly, but it is less expensive when purchased as a multiple-cycle package than a single package.
In the quest to reduce the scourge of infertility, specialists are now providing multiple-cycle packages to maximise couples’ chance for success by giving them more attempts and a lower cost per cycle.
Multiple-cycle IVF packages  also reflects the position of the World Health Organisation (WHO) that women below 35 years need to undergo at least two cycles and those above 35 years should undergo three cycles to improve their chances of success.
According to a report of the United Nations (UN) health body, “In women without a history suggestive of pelvic disease who have not become pregnant after six appropriately timed insemination cycles, diagnostic laparoscopy should be undertaken to detect asymptomatic  pelvic abnormalities, such as minor degrees of endometriosis or pelvic adhesions. The method appears to be effective only in the first six cycles of insemination,  the UN body said. ”
Couples have been known to have up to 65 per cent success rate after six attempts, after which the chance of a baby increases with subsequent cycles.
For IVF success, persistence is the key. Dr Abayomi Ajayi, Medical Director, Nordica Fertility Center, Lagos, Abuja and Asaba, explained that women under the age of 40 should be offered at least three IVF cycles, more so if they have failed to conceive naturally for two or more years.
“The idea is to increase the chances of having a family, so women are counselled to continue with the cycles for successful result.”
Couples are therefore advised to persevere with IVF beyond their first few failed cycles.
Ajayi said: “Over 2000 babies have been delivered through IVF and other Assisted Reproductive Technology (ART) methods. We are trying our best to offer satisfactory fertility treatment to our clients.”
Nordica Lagos and its clinics have assisted hundreds of couples challenged with infertility to have their own children through IVF
Corroborating the WHO and Dr Ajayi’s recommendations, a report by Advanced Reproductive Care Fertility, California, USA, said: “Multi-cycle packages maximise your chance for success by giving you more attempts, and offer a lower cost per cycle.”
Similarly, WINFertility, New York, US, reported; “Your chances of succeeding on your first IVF cycle depend on your age and whether you are using your own eggs or using donor eggs from a young woman, the cause of your infertility, what kind of treatment your reproductive endocrinologist prescribes, the fertility centre’s expertise, and luck/fate/divine intervention.
“It’s not completely controllable by any means, or else everyone would get pregnant on their first IVF cycle. But there are indicators that may help you plan, and there are discounted plans to help you manage payment.”
Another study titled: “Number of Embryos Transferred After In Vitro Fertilization and Good Perinatal Outcome,” by a group of researchers underscored the advantage of multiple cycle treatment of infertility.
The researchers are; Dmitry M. Kissin, MD, MPH, Aniket D. Kulkarni, MBBS, MPH, Vitaly A. Kushnir, MD, and Denise J. Jamieson, MD, MPH, for the National ART Surveillance System Group.
Similarly, UK researchers in a study reviewed the statistics of 156,947 UK women who received 257,398 IVF between 2003 and 2010.
From that comprehensive analysis, which included results from both fresh and frozen embryo transfers, researchers found that the average live birth rate for couples participating in six IVF cycles was 65.3 per cent.