70% Of Nigerian Babies Are Lost To Congenitally Abnormality – Dr Abayomi

Dr Abayomi Ajayi, the Chief Executive Officer of NORDICA Fertility Centre, in this interview with select journalists recently, explained the imperative of adequate screening as a pre-requisite for a success of In Vitro Fertilization (IVF), saying that society should be blamed on the rising congenital problems in Nigeria, among other salient issues. CHIOMA UMEHA was there. Excerpts:

What is your IVF position on a lady that has attained such age?
The World Health Organization has said that if a lady is below 35 years, she should prepare to do two circles, if she is above 35 years; she should prepare to do three circles of IV to F because IVF is not that we kept the baby somewhere that we are going give to you.These are some of the things that people don’t want to listen to.
Couples could be lucky because we have seen people who have done four circles and they have four babies and we have some people who have done five circles and no baby because the husband and wife are actually what determine the success as it is what you give to us that we can work with. The quality of the eggs and the sperm contribute to the success 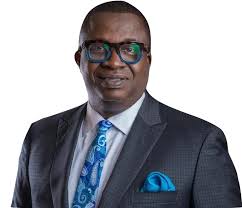 rate. Technology can help sperm to a long way but there is nothing technology can do with the eggs of a woman. The quality of the egg is number one reason for success.

Can you tell us some of the challenges facing your job presently?
The major challenge is electricity. The good thing is that where we store embryo doesn’t require electricity. What is needed is liquid nitrogen. Though the liquid nitrogen is expensive but it is affordable.
Incubator is different from where we store; we don’t store in incubator but it serves for transferring. Power is the most predictable problem here. You may not have light everywhere here but there must be light in the laboratory. Everybody’s profit margin has gone down abysmally bad and we all are suffering the same situation in the country.
Even in your own industry, newspaper, you know how difficult it will be to publish now; some of us are still in business just to be in business and not because of whatever profit. It has been like that all these while.
What are we expecting from NORDICA Fertility Centre as the new year winds down?
Right now, we have started doing compatibility genetic testing, trying to screen our donors for nay traces of genetic disease. But I will assure you that we are still going to be in the forefront of any new fertility invention in Nigeria.
But one thing is sure and that is a challenge; everyone of us has gene mutation. As said earlier, every normal person carries about three to five mutations and that is a challenge. The problem comes when we marry somebody who has similar mutation like us. At that point, we stop from being carriers to manifesting that disease.
Nordica Fertility Clinic is trying to screen donors on that. So you can have a healthy donor who is carrying some mutation in her gene, she is normal and healthy, but the problem only comes if the husband of the person who wants to use her eggs carries the same mutation.