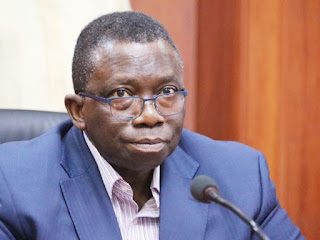 The Minister of Health, Prof Isaac Adewole, has directed heads of federal government tertiary hospitals in the country to prepare, equip and be proactive in responding to outbreak of diseases in Nigeria.
Speaking during a meeting with them in Abuja, Adewole urged the federal hospitals to come up with strategies to support the primary and secondary health care centres in the states, while also charging them to adopt secondary and primary health facilities, supervise them and make sure they work well.
He recalled that the country has been dealing with series of outbreaks over the last one year, including Lassa Fever, cholera, measles and now meningitis, advising the public to notify the Federal Ministry of Health on any epidemic outbreak to enable it deploy response team immediately to checkmate the spread of the diseases.
“The outbreak of meningitis in Zamfara actually started late November 2016, but we did not know till February, which was unfortunate.
“If we got to know early, we would have deployed the vaccines available to us, create awareness and take charge of the situation early enough. But since we did not know, we lost valuable time to respond to the outbreak,” he lamented.
The minister said that during emergency, medical personnel in the federal hospitals must support the state, primary and general hospitals, adding: “We cannot pretend that what is happening outside our tertiary health centres do not concern us.
“This is one reason why we must interact with primary and secondary health facilities in the state. Otherwise, we would spend valuable time treating diarrhea and vomiting, instead of looking after the complex cases that we ought to do.”
National Coordinator, Nigeria Centre for Diseases Control (NCDC), Dr. Chikwe Ihekweazu, said the Centre had already dispatched response team and presently working with the governments in the affected areas of Sokoto and Zamfara, saying the team is working on early detection and treatment.
Ihekweazu urged the chief executives of the tertiary hospitals to work closely with the leadership of the state governments in managing the outbreak, noting that the agency was working hard to prevent the outbreak of cholera, as the raining season has begun in some parts of the country.