By Chioma Umeha
The Pharmacists Council of Nigeria (PCN) has restated the Federal Government’s commitment to eradicate open drug hawking by August 1, 2017.
Mr. Elijah Mohammed, Registrar of the counc 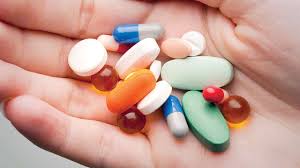 il, said in Abuja on weekend that it was part of efforts to regulate drug distribution system in the country.

The Registrar said the move would help in curbing the menace of open drug sale.
Mohammed attributed major challenges in the health system to open drug hawking.
He added that a lot of the hawkers sold fake and adulterated drugs.
The registrar stated that coordinated wholesale centres were currently being built in four states of the federation where open sale of drugs is predominant.
He said that the drug dealers would be relocated to the centres to enable them to carry out their activities in a coordinated manner.
According to him, the centres would go a long way to curtailing drug hawking, among others, as there would be strict regulation of drug distribution and sales at the centres.
Open drugs marketers or dealers are unlicensed medicines sellers.
They are found in and around the streets, such as Idumota in Lagos, Onitsha, over- head bridges, Sabongari in Kano and Nyanya-FCT.
The centres, Mohammed noted would be located in Kano, Lagos, Onitsha and Aba. Mohammed said that construction of those facilities were on-going.
He said that all dealers would be relocated to the centres where their activities would be properly regulated.
The registrar however said that anyone cut operating outside those centres after the specified date would be arrested and prosecuted by security agency.
“The issue of open drug market will come to an end by August 1,2017 and we are working toward that and have put in place necessary measures to take care of that which is the coordinated wholesale centres.
“The coordinated wholesale centre in Onitsha which is situated in Oba will take care of the Onitsha overhead bridge. And we have inspected the location and been granted approval and development has started.”
Earlier in August this year, pharmacists under the aegis of the Pharmaceutical Society of Nigeria (PSN) hinted that its National Executive Council had urged the Federal Ministry of Health (FMoH) to continue to work with pharmaceutical stakeholders to end the open drug hawking in August 2017.
PSN said that pharmaceutical stakeholders and FMoH resolved jointly in 2015 to actualise State Drug Distribution Centres (SDDCs), Mega Drug Distribution Centres (MDDCs), Registered Wholesalers and newly introduced Coordinated Wholesale Centres (CWCs) as the main legs of drug wholesaling in Nigeria.
PSN spoke in a communique, signed by the society’s President, Ahmed Yakasai, and its National Secretary, GbolagadeIyiola, which was issued at its second National Executive Council (NEC) meeting, recently, in Kano State.
Council insisted that at the expiration of the deadline for movements out of the open market in August 2017, there must be no going back, as all open markets must be closed in line with existing laws.
The pharmacists commended the operators in drug markets in Idumota, Lagos, Ariaria in Aba, Abia State, Sabongeri in Kano and recently in Onitsha, Anambra State, who are already actualising and perfecting the CWC structures in those states.
To stem the tide of fake drug sales and circulation, the new drug distribution channel approved by pharmaceutical stakeholders, FMoH, Pharmacy Council of Nigeria (PCN) and National Agency for Food Drug Administration and Control (NAFDAC) must be upheld and made to work maximally in public interest, PSN said.