IDPs Living with Disabilities In Yobe Get Food, Medical Support

By Chioma Umeha
The Internally Displaced Persons (IDPs) living with disabilities in Yobe State have received some relief materials as well as health support to improve their comfort.
A Non-Governmental Organisation (NGO), the Chris 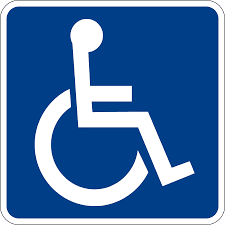 taphen Blinding Mission (CBM) made some donations to physically challenged persons at the Kukareta IDPs camp located on the outskirts of Damaturu, the state capital in Nigeria’s northeast.

Those who benefited from the gesture were the cripples, blinds, lepers and the aged among other destitute totalling about 550 persons.
The essence was to carry the IDPs along in the sharing of succour at this critical time of need, said the Programme Officer of CBM in Yobe State, Mr Elisha Agagak.
Agagak observed that in the distribution of relief materials, it has always been survival of the fittest as those living with disabilities get to be under-served.
The CBM, which is said to have greatly improved the lives of destitute and people with disabilities in Yobe State, also reached out to the IDPs in the area of health.
A mental health physician, Dr. Charles Nwoga, noted that the mission made the health support necessary, considering the fact that most of them have severe mental challenges as a result of the insurgency.
The village head of Kukareta, Mr Bulama Lawan, who spoke on behalf of the beneficiaries, commended the mission for the gesture.
Mr. Lawan said that it was the first time disabled IDPs were being prioritised in the distribution of food and non-food items.