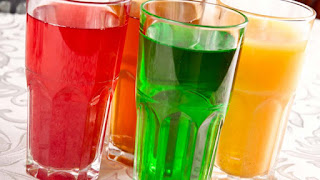 It was Hippocrates, the ancient Greek Physician who became known as the founder of medicine that said: “Let food be thy medicine and medicine be thy food.” Hippocrates aligns with the axiom which says – ‘Health is wealth.’ Therefore, the controversies trailing the safety of Benzoic preservatives in foods and beverages in the country did not come as a surprise.
As the saying goes, “Those who think they have no time for healthy eating will sooner or later have to find time for illness.” This explains why many Nigerians are still worried and confused about safe consumption of foods and beverages with Benzoic preservatives.
However, the Nigerian Institute of Food Science and Technology (NIFST) has finally dismissed the idea of carcinogenicity of consuming carbonated beverages together with Vitamin C, which have been reported to be poisonous.
Speaking with the media weekend in Lagos, the first Vice National President, NIFST, Dr. Oluwole Toye said the use of benzoic acid as food and beverage additives is internationally acceptable.
Toye, said that the chances of forming benzene, a poisonous chemical, upon consuming soft drinks together with Vitamin C were slim.
He said that it required an ultra-violet light as well as high temperature to convert Vitamin C and benzoic acid, an additive found in soft drink, to poison.
The first Vice National President said that the temperature must be above 60 degrees Celsius before any reaction with Vitamin C could take place in the body.
He said: “It is true that if you mix benzoic acid and ascorbic acid over time you will have benzene formation, but two conditions must be meant for this interaction to take place. One, the temperature must be above 60 degrees Celsius and there must be ultra-violet light.
“Moreover, in Nigeria even peak Maiduguri heat is below 45 degree Celsius and we hardly get ultra-violet light out there. So, it is not likely, but that does not make it impossible. But in the event that these conditions are available, there is another preventive condition that will ensure that benzene formation does not occur. The moment sugar is available in the mixture, benzene formation is neutralised.
“And we know that sugar is one of the highest solid materials in soft drinks. This shows that there are preventive conditions entrenched in soft drink processing and production to ensure that we do not take poison. And as a scientist, I affirm that consuming soft drink and vitamin C is not poisonous.”
Toye, who also spoke about the importance of proper education of the public on the matter, also said: “The use of Benzoates which include benzoic acid, sodium benzoate, potassium benzoate and calcium benzoate as food addictive is internationally acceptable. The WHO/FAO joint Expert Committee on Food Addictives (JECFA) in 1997 adopted an Average Daily Intake (ADI) of 0.5mg/kg body weight for benzoates. Sodium benzoate is used globally as preservative in drinks and scientifically established as safe.”
He further stressed that “benozic acid is globally certified by CODEX as a safe preservative used generally in food and beverage products around the world, that the Nigerian Industrial Standards for benzoic preservative for soft drink is 250mg/kg is within the international CODEX standard of 600mg/kg and that Nigeria and the UK, like every other country, are at liberty to set their respective national standards referencing the CODEX standard and taking into consideration their peculiar environmental realities.”
He said Codex Committee on Food Activities in 2004 adopted the maximum use level for sodium, potassium, calcium benzoates and benzoic acid at the level of 600ppm for food category which comprises water based drinks, adding that this was the acceptable regulatory standard and serves as a global baseline.
He said it was within the specification level from Codex that Nigeria (National Agency for Food and Drugs Administration and Control (NAFDAC), Standard Organisation of Nigeria (SON), industry and other relevant stakeholders) adopted 250mg/kg as its level for these additives for the category of products. This level was an action to cope with our environmental situation, since these products were not thermally treated, hence requires a level of acidity to keep them safe.
“So Nigeria’s approval of 250mg/kg of these additives is within the internationally permitted maximum of 600mg/kg and it is reasonable within our climatic conditions. Therefore the products are considered to be safe for consumption within Nigerian population.
“In 2014, the 48th session of the Codex Committee on Food Additives lowered the maximum level for these additives in the stated food category from 600mg/kg to 250mg/kg as a result of an exposure estimate on benzoate conducted by Joint Export Committee on Food Additives (JECFA),” he noted.
According to him, this level can in no way cause harm to Nigerians who take foods and drinks with such additives.
The nutritionist therefore commended NAFDAC for its proactive measure in ensuring that all guidelines for production of foods and drugs in the country were adhered to.