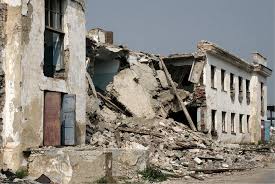 By Chioma Umeha
A faction of the Lagos Chapter of the Nigerian Medical Association (NMA), on Monday condoled with the families of the deceased of a partially collapsed building at the Highway Police Barracks, Ikeja.
Dr. Omojowolo Olubunmi, the Factional Chairman, said in a statement, that the association also extended condolence to Mr. Fatai Owoseni, the state Commissioner of Police, and the entire Police family.
According to online reports, the incident occurred in the early hours of Sunday, December 25, in Lagos.
Mr. AdeshinaTiamiyu, General Manager, Lagos State Emergency Management Agency (LASEMA), had confirmed the death of a Police sergeant and a civilian.
The reports said that one of the deceased, simply identified as Danjuma, and the other, lost their lives after the toilet and the staircase of the building collapsed.
“We also want to wish those injured speedy recovery; NMA Lagos will be ready to help in any possible way to relieve the sufferings,” the chairman said.
Also, the President, Association of Resident Doctors, Federal Neuro-Psychiatric Hospital, Yaba, Dr. Kenneth Uwaje, said the association would be willing to render services to the Police.
“The ARD, Yaba, pledges its support in any way the force deems fit. Our members are at your service always to deliver qualitative health care,” Uwaje said.