FG Should Not Hesitate To Invest In Nutrition – Kanu

Ms. Chioma Blessing Kanu, is the Programme Manager, Civic Society Legislative Advocacy Centre (CISLAC), a non-profit organisation that is championing efforts towards better legislations to improve lives of people in many areas, especially, maternal and child health. Kanu who is a passionate advocate of improved maternal and child nutrition interventions, in an interview with CHIOMA UMEHA, calls for increased and timely release of funds by government at all levels to promote maternal and child health.

What is the current situation of malnutrition in Nigeria?
Recent surveys have shown that 57 per cent of children are malnourished and 41.7 per cent of them are severely stunted in Kaduna state. Micronutrients deficiency such as Vitamin A and iodine is also common among these children (27.8 per cent) due to poor intake.
Poor nutrition in the first 1,000 days of a child’s life can lead to stunted growth.
The main indicator for malnutrition is stunting- when children are too short for their age. Stunted children have poor physical growth which is irreversible and associated with poor brain development and reduced school and work performance. The Nigeria Demographic and Health Survey (NDHS) Results of 2013, reported prevalence of stunting at 56.6 per cent, underweight 57.6 per cent, and Wasting 42 per cent in children under five years old. This means Kaduna with 56.6 per cent of stunting has the third highest number of stunted children under-5 years of age in Nigeria after Kebbi with 61 per cent and Katsina and Jigawa with 59 per cent respectively.
Appropriate actions must be taken without delay to drastically reduce the incidences.
What are effective ways of addressing malnutrition in the country?
So to address this issue, there are many interventions from donor agencies that require government commitment.
For instance, Nigeria has a national strategy plan of action on malnutrition, which has been adopted, but it is yet to start implementation.
NSPAN are well articulated plan and if properly addressed and implemented, we will not have cases of malnutrition any more.
But, since 2012 that the document was produced, it was just adopted by 2015; we are yet to start implementation this year.
There is need for effective implementation of the National Strategic Plan of Action for Nutrition (NSPAN 2014-2019) at every level, with emphasis on maternal and child nutrition; increased funding for maternal and child nutrition at the Ministries of Health, Agriculture and other relevant sectors all the States, especially, those with endemic malnutrition. There is need for budgetary allocation and timely release of funds for maternal and Child nutrition practices and interventions, at state and local government levels.
Government needs to step up actions in this area. The government needs to be more responsible, look at the counterpart funding that donor partners are providing and augment it. It is very important for the government to make up for the difference in the donor funding. For instance, The United Nations Children’s Fund (UNICEF) has counterpart arrangement with the federal government, but it might interest you to know that most of the time Nigerian government will not fulfill their commitment in providing funds. To fulfill their commitment, that is providing allocation in the budget is different from release the fund, so that counterpart funding cannot be accessed, unless the money is released.
For instance, if UNICEF is contributing 75 per cent of funds for nutrition, and need government to contribute 25 per cent; if government does not release the 25 per cent that is allocated for nutrition under the budget, then the country cannot access the 75 per cent from UNICEF. So those are the issues that need focus in the media. That is why we urging the media to enlighten the government.
Malnutrition damages the brain of a child in such a way that he will not be able to compete favourably with another child of his age. He might not be able to pass his examination that is one of the effects of malnourishment. A nation that has many malnourished children cannot think far, they cannot be ahead in time of development, those are the issues, there is a lot to gain by funding nutrition, so government should not hesitate in investing in it.
There have been increased clamouring recently, for a policy on nutrition, how will this affect the pregnant woman?
Adequate food and optimal nutritional status are the foundation blocks for the building of healthy, secure lives, and thus form the basis for development in any nation.
Nigeria has a high burden of malnutrition. This comes in the form of undernutrition, over-nutrition, Mineral and Vitamin deficiencies. 37 per cent of children who are under the age of five are malnourished, while about 53 per cent of the death of this group of children is attributed to malnutrition in Nigeria. Malnutrition among children also constitutes 50 per cent of the underlying causes of many communicable and non-communicable life-threatening diseases, in addition to the high level morbidity and mortality in the State. 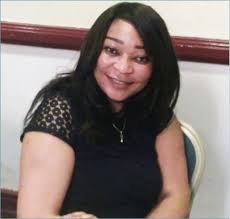 What is the relationship between adequate feeding of a pregnant woman and the first 1000 days of her baby?
Adequate feeding is very important for the pregnant woman because which should cover the first 1000 days of her baby, even as a fetus. The counting of the 1000 days begins from the first day the woman conceives to the time the baby is two-years-old. The quality of nutrition within this period is very crucial in the development of the baby as whatever a mother consumes is taken up by the fetus in the womb.
So it is very important for a woman to ensure that what she eats during pregnancy changes as this affects her baby’s development. A mother’s food at this stage should be more nutritious as this is critical to the health of her baby.
If a malnourished mother gives birth to a child, there is a high tendency that her child will be predisposed to low birth weight which contributes to infant mortality.
Similarly, a woman who is malnourished has high risk of predisposal to maternal mortality. In Nigeria, one in 13 women dies during pregnancy or childbirth, and 12 per cent of children die before reaching the age of five; every 10 minutes, one woman dies from conditions associated with childbirth; and only 39 per cent births take place with assistance of medically trained personnel, coupled with the scarcity of skilled attendants, absence of personnel among other factors impede the effectiveness of health services in the country.