Professor Sunday Adeoye is the Medical Director, National Obstetric Fistula Centre, Abakaliki. A seasoned obstetrician and gynaecologist, Adeoye specialises in obstetric fistula repairs. He speaks with CHIOMA UMEHA on the dearth of fistula repair surgeons in the country and sundry issues.

Describe your venture into Fistula Obstetric intervention in Ebonyi State?
I could trace it to when I was a resident doctor in the University of Benin Teaching Hospital (UBTH). My consultant then was into fistula repair and that is how I developed interest. Subsequently, I took my leave, then went for Vesico Vaginal Fistula training in Akwa Ibom State. Subsequently, I was employed as a consultant in Ebonyi State Teaching Hospital (ESTH) in Abakaliki because of the expertise I had in VVF repair.
They then sent me on a further training in Katsina. On my return, with the assistance of the hospital management in 2002, a VVF unit was established in the hospital where we repaired over 150 patients before the wife of the then Governor, Josephine Elechi picked interest in it.
So I told her what the vision was and what we need to do to achieve it, and that is how we got to where we are today. The South-east Fistula Centre was established. Years after, it was converted to the first National Fistula Centre in the country.
Remember that we started as being a unit in ESTH, then became the South-east Regional Fistula Centre under the Mother and Child Care Centre by Mrs. Elechi, and now the National Obstetric Fistula Centre.
What was the prevalence of VVF during your residency in UBTH?
There were VVF cases, even though they appeared to me to be very complex, but right now they are not really as complex as I thought they were, having been in the job from then till now. But we didn’t have quite a number of VVF cases then at the teaching hospital.
Many doctors prefer lucrative specialties medicine. Is fistula repair among such?
It is not a lucrative area at all. You must develop passion to help the women before you can major in this area. I don’t even have a private hospital as I speak to you now. That’s because I am committed to this intervention.
One of the reasons why I took my leave and sponsored myself to Akwa Ibom for further VVF training was because of the plight of our women. They are the vulnerable and poor. I developed the passion to be able to help them. I transported myself, and facilitated my stay in Akwa Ibom financially because I knew these women needed help. The women are usually the poorest of the poor. Sometimes, after treating them, you will still be the one to pay for their transport home.
This is unlike other areas of gynaecology, like Invitro Fertilisation (IVF) where you make money. For me, am committed to this work 100 per cent, and that is because of the passion. You can imagine a woman leaking urine, and by the time you have succeeded in repairing her. Just the joy on her face that you have restored her dignity is more than any money anyone can give you.

Do you have enough doctors in this area? How can young doctors be encouraged to go into fistula repair specialty?
There is apathy on the side of younger doctors to go into this area. Young doctors do not want to go into this area as they will end up not only providing free treatment, but may also provide transport for the woman to go home. No patient will give you hamper or Christmas card.
Working for these women is beyond material things. That is one thing we have been trying to get the younger ones to understand. Now that we have national centres, some younger ones are beginning to develop interest. That interest wasn’t there some years back. But now we have national centres and there seems to be some career path. Because the truth of the matter is that if you don’t have passion for this work you can’t work everyday in the midst of urine and faeces without any financial reward.
Do we have enough fistula surgeons in Nigeria?
There is an acute shortage of competent fistula surgeons in the country. They are very few. We are hoping the genuine interest of those who want to major in this area will not be dazzled by the razzmatazz of other areas. That is often times the challenge because we have trained a significant number of fistula surgeons. How many of them are still in the field.
You don’t just do two months training and say you are a fistula surgeon. It is something you continuously learn on the job. It is something you get skilled on as you practise it. By the time you do the first 10, 50, 100, 500, 1000 cases, your level of competency increases by the day. That is only when you can actually refer to your self as a fistula surgeon.
Fistula surgeons are very few in the country, though we have very few people anyway who are still in training.
Can dearth of fistula surgeons be linked to dearth of fistula centres in the country?
Like I said, we have trained quite a number. The people who come here for training are already gynaecologists who are working elsewhere. But the problem is when they are done with the training and go back to their hospitals, most of them don’t continue. That is why we keep talking about criteria for selection of doctors for trainings. If you fund yourself, it shows how passionate you are.
So what we see most times is that the selection criteria may be faulty. You find out that people who do not have genuine interest may be sponsored by organisations. Recently, we had a lady from Lagos University Teaching Hospital (LUTH) who sponsored herself, and we commended her for that. But, quite a lot of people get sponsored by one organisation or the other. So if you are being sponsored and you don’t have the passion, by the time you go back, you may not continue. We have a number of doctors who have been trained. But only few are doing the work. 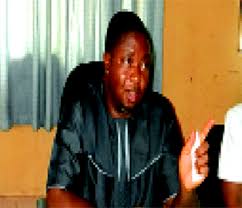 What is the way forward to retaining trained doctors?
We should look at selection criteria of those coming for the programme. There should be a career path development. Not just coming for training and getting a certification, there should also be a Master’s degree or PhD in Neuro-gynaecology. We are working that out with universities. So that when the young gynaecology comes, they are actually building a career path. It will encourage them. It’s not just giving to the patients, but they are equally being enhanced in their careers.
The only thing is that for now there is no certification. That is why we are now talking about a career path, so that the doctor will emerge a Masters or PhD holder in neuro-gynaecology. The discussion has gone very far at the national and West African level.