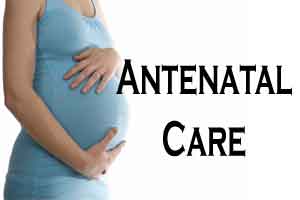 By Chioma Umeha
Lagos – At 15, Olayinka still wears diapers and has difficulty in communicating properly. She is suffering from Cerebral palsy (CP) a group of non-progressive disorders of movement and posture caused by abnormal development of, or damage to, motor control centres of the brain.
“I don’t know how it started. But, I watched my baby and noticed that she behaves somehow. Every time, she will be throwing up saliva, bending and shaking her head somehow. When she could not sit down even at eight months I became worried,” these were the words of Adeline Gbaja, 20, housewife.
Asked when she attended antenatal care when she was pregnant, Adeline, appearing distraught, told Independent: “I registered for antenatal care. Yes, I think registered after five months of my pregnancy. I went to my hospital when I had complains. But, I didn’t have complains. I was surprised when the doctor at General Hospital, Ikeja told me that I was supposed to register ANC before 20 weeks and antenatal regularly. According to him, this could have helped to detect this kind of problem early and avoid it.”
Cerebral palsy is caused by abnormal development or damage to the parts of the brain that control movement, balance, and posture. It manifests as a delayed developmental milestones, including, sitting, walking and standing.
Studies show that the problems often occur during pregnancy; however, they may also occur during childbirth, or shortly after birth. Though the cause is unknown, experts agree that CP is partly preventable through immunization of the mother and efforts to prevent head injuries in children such as through improved safety.
Words cannot explain the trauma which Adeline is passing through with her family in managing their daughter, Yinka who is now living with CP.
The story of Opeyemi Osun, 28, Secretary, appears different. She said: “I used to register for antenatal care at least when my pregnancy has reached five months. The time has not reached. This is not my first time. When I gave birth to my first baby in 2010, my pregnancy has passed five months before I registered for ANC. Everything went well, my baby used to come fast; they don’t waste time when I enter labour. My second and third baby, in fact it is the same thing, I registered for antenatal care, and I didn’t have any problem.
Though, Opeyemi was lucky, Amarachi Ndima, 22, trader, was not.
She said: “My first baby died in the womb. I had still birth and the doctor told me that my baby would not have died if I registered early and was regular at ANC. This one is my second baby, I didn’t waste time, I have registered at General Hospital, Igando, Alimosho Local Government Area (LGA). ” Opeyemi told Independent.
The World Health Organisation (WHO) recommends that all women giving birth and their newborn babies should be protected against tetanus.

United Nations (UN) health body further recommends minimum of four Antenatal Care (ANC) visits for every pregnant woman. According to WHO, the first ANC visit should be as soon as a woman knows she is pregnant; the second visit is to take place between 20 and 28 weeks, while the third visit should be between 34 and 36 weeks.
However, the fourth visit should take place before expected date of delivery or when the pregnant woman feels she needs to consult health worker.
Provision of antenatal care (ANC) is included in the pillars of maternal health care promoted as effective answers to neonatal, infant and maternal mortality. For instance, the Amarachi could have avoided still birth in her first pregnancy.
Early antenatal registration has been linked with optimal utilization and appreciable reduction of perinatal morbidity and mortality.
But, many studies have shown that the vast majority of Nigerian women register for antenatal care late and the causes may differ from those found in developed countries.
Evidence from Lagos State Demographic Health Information Survey (DHIS2), Maternal and Newborn Health Service Delivery scorecard, shows that the proportion of pregnant women who reported for ANC at less than 20 weeks of pregnancy in the State were between 42 and 45 per cent, for 2014 and 2015 respectively.
Research confirmed that most women book late because of a belief that there are no advantages in booking for antenatal care in the first three months of pregnancy. This seems to be because antenatal care is viewed primarily as curative rather than preventive among women.
According to the scorecard developed by Lagos State Accountability for Maternal and Newborn Health (LASAM) with support from Mamamye, Lagos state has made insufficient progress in quality service in maternal and newborn health.
However, LASAM urged the State to increase awareness on the benefits of early registration for antenatal care before 20 weeks of pregnancy.
Experts have insisted that research is needed to determine the best approaches for health education programmes to correct the misconceptions about antenatal care.
Amina Umma Bala, a family planning expert, Fistula Care Plus, noted that ANC provides care which can prevent and treat complications of pregnancy.
“Skilled attendance at birth reduces the chance that a woman will die at delivery; therefore, every woman should have antenatal care and should deliver with a skilled birth attendant,” Bala told Independent in an interview.
The family expert also said that one of intervention during ANC visits is the measurement of weight and height and assessment of nutritional status of the women.
Similarly, stakeholders emphasised on the importance of folic acid before conception and during early pregnancy.
Speaking at a recent  stakeholders dialogue on food fortification hosted by the Global Alliance for Improved Nutrition (GAIN) and the National Agency for Food and Drug Administration and Control (NAFDAC)  with the theme, “Sharing our Successes and Challenges: Align on the way forward,  the experts said that folic acid helps to reduce the risk that babies would be born with a serious neural tube defect (a birth defect involving incomplete developments of the brain and spinal cord) by up to 70 per cent. For instance is cerebral palsy as in the case of Yinka.
Folic acid, according to the founder, Spina Bifida and Hydrocephalus Care Foundation of Nigeria, Comrade Olubunmi Lawal-Aiyedun, is a B vitamin (B9) found mostly in leafy green vegetables like kale and spinach, orange juice, and enriched grains.
“The most common neural tube defects are spina bifida, an incomplete closure of the spinal cord and spinal column; anencephaly, severe underdevelopment of the brain and encephalocele, when brain tissue protrudes out to the skin from an abnormal opening in the skull,” Lawal-Aiyedun said,.
“All of these defects happen during the first 28 days of pregnancy usually before a woman even knows she’s pregnant and that is why it is important for all pregnant women to register for early antenatal care so that folic acid along with other essential drugs can be given to them to make them and their unborn babies healthy.”
She added: “Adequate folic acid intake is very important before conception and at least three months afterward to potentially reduce the risk of having a fetus with a neural tube defect.”
Long-term advocacy and investment in female education will contribute significantly to primary prevention of late or non-attendance of ANC.