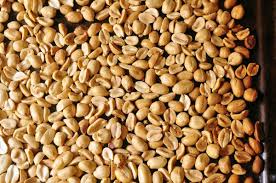 The US National Institutes of Health has urged mothers to start regular feeding of their babies from between four and six months of age, with foods containing peanuts, saying that this lowers their chances of becoming allergic.
The new guidelines explain that recent scientific research has demonstrated that introducing peanut-containing foods to children as young as four to six months can prevent the development of allergies, which tend to start in childhood and continue through adulthood.
The guidelines, published in the Journal of Allergy and Clinical Immunology, are based on the results of a National Institute of Allergy and Infectious Diseases (NIAID) clinical trial in 2015 that found an 81 percent reduction in children thought to be at high-risk of developing a peanut allergy from doing so after the early introduction of peanut consumption as infants.
With allergies among children on the rise in recent years, and no treatment or cure as of yet, the previous advice had been to hold off on introducing peanuts into infants’ diets until they are at least three.
The new recommendations explain exactly how and when to introduce the nuts into their diet, depending on whether the child is at a low, high, or moderate risk of developing allergies.
Children considered at high-risk are those with an already existing allergy, such as severe eczema or an allergy to eggs, and are recommended to have a checkup with their doctor before being exposed to peanut-containing foods, which can then be introduced into their diet as early as four to six months to minimize their risk of developing the allergy.
Those considered at moderate risk are infants with moderate eczema and should be introduced to peanuts at around six months, while those with no existing allergies or signs of eczema can have peanut-based foods included into their diet at any point.
The study is quick to point out, however, that peanuts should only be introduced once a child is on solid food, and to use crushed peanuts or peanut butter to begin with as whole ones can be a choking hazard.
It is thought that around 15 million people in the US have food allergies, with one in 13 children affected. Of these, peanut allergies account for the majority of the most severe food-related allergic reactions.
“Living with peanut allergy requires constant vigilance. Preventing the development of peanut allergy will improve and save lives and lower health care costs,” said NIAID Director Anthony S. Fauci in a statement. “We expect that widespread implementation of these guidelines by health care providers will prevent the development of peanut allergy in many susceptible children and ultimately reduce the prevalence of peanut allergy in the United States.”