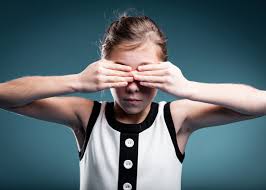 Chioma Umeha
No fewer than 1.8 million Nigerians of over 40 year’s age suffer from glaucoma with almost 360,000 of them blind in both eyes.
Glaucoma is a disease of the eye in which fluid pressure within the eye rises – if left untreated the patient may lose vision and even become blind.
The Associate Professor of Ophthalmology, Head Glaucoma Services and Acting Head of Department of Ophthalmology, College of Medicine/Lagos University Teaching Hospital (CMUL/LUTH), Idi-Araba, Dr. Adeola Onakoya, said Monday at an event to mark the World Glaucoma Week, that glaucoma is the second leading cause of blindness worldwide and in Nigeria with a prevalence of 16.7 per cent, second only to cataract.
Onakoya said glaucoma is the commonest cause of irreversible blindness worldwide and in Nigeria.
The ophthalmologist said glaucoma is a public health problem and currently 70 million people suffer from glaucoma worldwide, with 10 million blind.
She said it is anticipated that by 2020, sufferers would increase to 80 million and blindness from the disease would increase as well.
The eye specialist said blindness from glaucoma is 10 times higher in the developing world and the clinical course of the disease in blacks follows an aggressive course. She said there is increased prevalence amongst Africans, which increases with age in 0.5 to nine per cent of population over 40 years and increases to 15 per cent in population over 65 years. “With ageing, the population of sufferers will increase,” Onakoya said.
The ophthalmologist said only 50 per cent of the disease is diagnosed in developed countries and 85 per cent are undiagnosed in developing countries. She said patients in the developing countries usually present at an advance stage of the disease when there is irreversible visual loss.
Onakoya expressed regrets that awareness is very low, with only five per cent of Nigerian glaucoma population being aware.
She, however, said early detection and appropriate treatment of the disease seem to be the answer to the late presentation of sufferers and reduction of blindness from the disease. “Education on the natural history of the disease will also improve the compliance and adherence to treatment in the diagnosed patients,” Onakoya said.
The ophthalmologist said creation of awareness on the disease process and enlightenment programmes, backed up with case detection (through screening) would go a long way in reducing blindness.