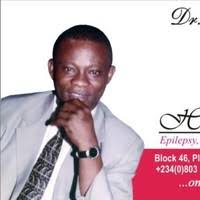 By Chioma Umeha
A consultant Physician/Neurologist and Epileptologist, Dr. Olusola Talabi, has advocated synergy among the three tiers of government in the country in tackling the scourge of people living with epilepsy so as to have a society free from epilepsy.
Dr. Talabi stated this at the event commemorating the 2017 International Epilepsy Day, held at Health Suites, Abeokuta, the Ogun State capital.
The Epileptologist expert also said the Day was to continue seeking awareness and educate the general public on the true facts about epilepsy and the urgent need for improved treatment, better care and greater investment in research.
He said epilepsy persists, making many people reluctant to talk about it, adding that reluctance leads to lives lived in the shadows, discrimination in workplaces and communities, saying that nothing stop people associating with people living with epilepsy.
Dr. Talabi said lack of funding for new therapies research for people with the ailment, misconception and discrimination could be more difficult to overcome the disease and the seizure it selves.
He then called on the three tiers of government to live up to expectation and maximize their potentials in reducing the scourge of the diseases in the country, nothing that much negligence from government make the ailment increases drastically.
Also, a consultant at Neuro-psychiatric Hospital, Aro, Abeokuta, Dr. Niran Okewole, said that about 65million people around the world living with epilepsy which widely believes that was curable.
Dr. Okewole maintained that 4 to 10 out 1,000 people on earth living with active seizures at any one time, adding that one-third of people living with epilepsy live uncontrollable seizure because no available treatment works for them.
He also admitted that for 6 out of 10 people living with ailment known no cause of diseases, urging quick intervention of all level government to combat the incessant causes of the disease in order to have a society free of epilepsy diseases.
Earlier, the Permanent Secretary, Ogun State Hospital Management Board, Dr. Adesanya Ayinde, represented by Dr. Omolara Jokodola appreciated Health Suites Management for the programme, saying that making the day a memorable would provide a platform for people living epilepsy to share their experiences and stories with a global audience.
He then advocated for appropriate legislation that would guarantee human rights of the people living with epilepsy and encourages them to live to their fullest potential.