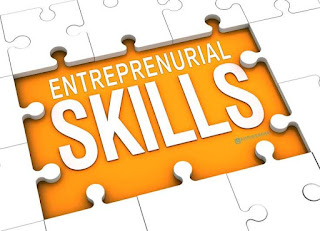 A 2016 Mandela Washington Fellow, Ms. Chidinma Mbanasor, on Monday concluded a series of vocational rehabilitation and economic empowerment programme for 60 Vesico-Vaginal Fistula (VVF) survivors in Abakaliki, Ebonyi State.
The training session which spanned over a period of seven days was targeted at the socio-economic reintegration of women who have undergone fistula repair surgeries, especially those whose husbands abandoned them as a result of their medical condition.
“The majority of these VVF survivors are peasants, petty traders, and housewives who have difficulty supporting themselves let alone their families. The situation becomes even more complicated when they are abandoned by their husbands and family members.”
“Equipping women who have undergone fistula repair with self-sustaining skills can strengthen their capacity to care for themselves with a view to helping them reclaim their lives and return to their communities with pride and independence after treatment,” Chidinma Mbanasor, a midwife and reproductive health provider said.
During the program, which was held at the National Obstetric Fistula Centre, Abakaliki, Ebonyi State, the participants attended sessions on skill acquisition and entrepreneurship, hygiene, and reproductive health. They were also empowered with free start-off packages in their chosen areas of interest.
Ms. Mbanasor was awarded a public diplomacy grant by the United States Consulate General in Lagos to carry out the project. Public Affairs Officer Darcy Zotter lauded Mbanasor’s advocacy for women and young girls, particularly survivors of obstetric fistula.
“Untreated fistula can have a devastating impact on women’s lives due to a whole range of physical, psychological, and socio-economic consequences. We applaud Ms. Chidinma Mbanasor’s renewed focus on Vesico-Vaginal Fistula survivors and for taking the bold step of providing support for them,” Public Affairs Officer Darcy Zotter said.
Contingent upon availability of funds, the Public Affairs Section of the U.S. Consulate General in Lagos works with non-government organizations (NGOs), academic institutions, and individuals, through small grants, to provide financial support to a specific program or initiative that supports shared goals.