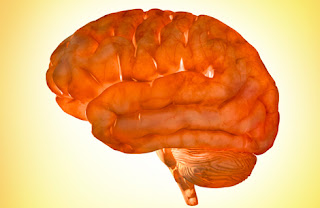 As the Federal Government begins the Meningitis C Reactive Vaccination exercise in Zamfara State – hard hit by the current outbreak of meningitis in the country, death toll from the disorder has continued to rise in all affected States.
On Friday April 7, the Nigeria Centre for Disease Control (NCDC) confirmed a total of 438 deaths out of 3,959 suspected cases reported in 106 Local Government Areas of 19 States of the Federation.
Giving an update of the situation report of April 6, 2017, NCDC’s Technical Adviser, Communications, Dr Lawal Bakare, said a total of 181 (11 per cent) of the cases have been laboratory-confirmed by Pastorex and Culture, while Neisseria meningitides serotype C is the most common serotype accounting for 83 per cent of cases.
The update revealed that Kogi, Oyo and Delta have joined the list of affected States, however, the North-West zone remains the most affected with Zamfara State topping the list with a total of 262 deaths and 2,332 suspected cases in 12 LGAs, 71 laboratories confirmed.
According to the report, the next most affected is Sokoto State with 61 deaths and 1,045 cases in 18 LGAs, 47 lab confirmed, while Katsina State is 3rd with 48 deaths and 228 cases in12 LGAs.
Children aged 5-14 are the most affected age group accounting for 52 per cent of cases, the report noted.
Meanwhile, the vaccination exercise in Zamfara State witnessed massive turnout in the target Local Government Areas.
Bakare said a public awareness campaign which began on April 6, 2017 in the eight most affected LGAs targets 300,000 persons aged 2 – 29 years is expected to continue until April 9, 2017, even as more campaigns are planned in other States in the near future. The exercise is being conducted by the National Primary Health Care Development Agency, NPHCDA, in collaboration with the NCDC in support to the Zamfara State Government as part of the on-going response and control activities to curtail the outbreak in the State.