By Chioma Umeha
Believe it or not, your skin would not necessarily show signs 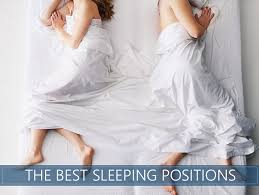 of aging in a linear fashion, as you progress from one birthday to the next. How fast your skin ages depends on intrinsic factors, which include genetic influences and your overall health, and extrinsic factors, such as getting excess sun exposure, smoking and even sipping through a straw frequently.

“Approximately 30 per cent of how you age is genetically determined, which means you have a great deal of control over how your skin looks over time,” Dr. Doris J. Day, a clinical associate professor of dermatology at the New York University Medical Center said. “You really don’t have to look your age: Your skin’s health and resiliency can be decades younger than your actual age.”
The key is to sidestep or mitigate sneaky factors that can accelerate the skin’s aging process. Here are five surprising culprits that can make your skin age faster than it should, with advice on how to deal with them:
Eating a poor diet
Consuming lots of highly processed or sugary foods can cause dramatic spikes in blood sugar and insulin, which can trigger chronic, low-grade inflammation at the cellular level. This hidden inflammation can in turn speed up skin aging through a process called glycation.
Glucose – from carbohydrates and sugars enters the bloodstream and attaches to protein molecules, including collagen (which provides structure to the skin), forming new molecules called advanced glycation end products,or AGEs, which are believed to degrade collagen and elastin (a protein that gives skin elasticity), explained Dr. Ellen Marmur, an associate clinical professor of dermatology at the Icahn School of Medicine at Mount Sinai in New York City.
When this happens, collagen and elastin can become stiffer and less functional, which can theoretically cause skin to sag, wrinkle and look older than it should.
Tip: Cut back on simple carbs, which are quickly converted to blood sugar, and opt instead for lots of whole grains, vegetables and fruits. In particular, increase your intake of antioxidant-rich foods – such as berries, citrus fruits, kiwi, pineapple, papaya, red and green peppers and broccoli – because “antioxidants fight AGEs,” researchers said. The same is true of using skin-care products with antioxidant ingredients such as vitamins C and E, resveratrol, green tea and grapeseed.
Always sleeping on the same side
You know that sleep is important if you want to look your best. After all, “while you sleep, your body initiates the repair process for lots of different tissues in the body, including the skin,” explained Dr. Mary P. Lupo, a clinical professor of dermatology at Tulane University in New Orleans. “So without enough deep sleep, in particular, the skin does not get the repair and restoration it needs.”
But, if you constantly sleep on the same side of your face, your facial skin will age more rapidly, scientists have warned. It is like ironing a wrinkle into a pair of pants – in this case, you’re mechanically wrinkling the skin by deforming the skin’s collagen and impeding circulation to the skin, which makes the creases permanent.
Tip: In addition to carving out plenty of time for slumber, cultivate a habit of sleeping on your back or at least alternating sides.