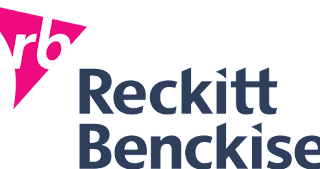 Reckitt Benckiser (RB) one of the leading consumer health and hygiene Company has restated its commitment to a clean and healthy Nigeria that will boost the capacity and productivity of the citizens
The initiative under the “Clean Healthy Naija” programme encompasses a number of steps geared towards awareness creation, education and behavioural change to achieve a cleaner and healthier country.
Mr. Ataur Rashid Safdar, RB’s Senior Vice President for Africa, who led the RB’s delegation on a courtesy visit to Governor Ibikunle Amosun of Ogun State Friday, as part of activities marking the World Health Day, explained that RB’s vision for Nigeria is where people are healthier and live better.
He noted that Ogun State is very critical to the nation’s development because of its investment friendly climate and policies, which he said can propel the development of the state and the nation at large.
The “Clean Healthy Naija” initiative, according to Mr. Safdar is aimed at reducing child mortality from preventable diseases like diarrhoea, malaria in line with United Nations Sustainable Development Goals of 2030. The program will improve public health and sanitation which and end the menace of open defecation in the country.
Sadfar also informed the governor that the company will commission a world class redistribution warehouse as part of the new marketing strategy to distribute their products across Nigeria and West Africa later in the year.
Also, speaking on the occasion, Rahul Murgai, Managing Director, RB, West Africa, stated that the company has been in the country for over five decades and described Nigeria as one of the most important growth markets and the reference point for other African business development growth strategies.
Murgai maintained that celebrating the 2017 World Health Day in Ogun State is paramount to the company because the state remains the gateway to the nation and the West African sub-region.
He reinforced the company’s commitment to Ogun state, where RB has invested in a state of the art manufacturing facility and is now building a world class warehouse that will increase the ability to service markets and create opportunities for employment in the state that will help further the economy.
In addition to manufacturing investments in Ogun state, RB through its ‘Clean Naija’ programme aims to increase the intensity of education and awareness building in the state among mothers and school children in Ogun state to drive a culture of good health and hygiene.
Chairman of the Company, Chief Olu Falomo also thanked the governor for the warm reception and commended the giant strides recorded by his administration in the last six years.
In his response, Governor Amosun lauded RB for the commendable initiative and reiterated his government’s commitment to providing a safer environment that will guarantee robust and healthier lifestyle for Nigerians.