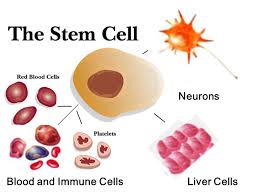 Chinese researchers have developed a potential new and safe approach for treating male hypogonadism, popularly known as male andropause, by directly converting adult skin cells into testosterone-producing cells.
Male hypogonadism, a condition affecting almost a third of older men, occurs when the body does not produce enough of the testosterone hormone, primarily due to the dysfunction of testosterone-producing Leydig cells in the testes.
Testosterone replacement therapy can alleviate some symptoms resulting from Leydig cell failure such as mood disturbances, sexual dysfunction and muscle weakening, but it may also increase the risk of prostate and cardiovascular complications, including the formation of blood clots, a new study published this week in the US journal Stem Cell Reports said.
Scientists then turned to an alternative type of treatment, which involved production of Leydig cells by differentiating stem cells of different sources, such as embryonic stem cells, but the stem cell-based method has ethical concerns and the risk of tumor occurrence.
In the new study, Yadong Huang and Zhijian Su of Chinas Jinan University reasoned that the direct conversion of adult skin cells into Leydig cells would be a safer regenerative medicine approach, state run Xinhua news agency reported.