Monique Bonavita Bueno, an embryologist from Spain, attended the physicians’ roundtable recently organised in Lagos, by Endometriosis Support Group (ESG) with the support of Nordica Fertility Centre, Nigeria. In this interview with CHIOMA UMEHA, she speaks on sperm washing and freezing as well as fertility preservation, their implications in fertility treatment.

What is the link between sperm washing and sperm freezing?
Sperm washing is the process in which individual sperms are separated from the semen. Washed sperm is used in artificial insemination using the intrauterine insemination (IUI) technique and in in vitro fertilization (IVF).
Sperm washing involves removing any mucus and non-motile sperm in the semen to improve the chances of fertilization and to extract certain disease-carrying material in the semen. Sperm washing is a standard procedure in infertility treatment. Sperm washing takes place in a laboratory following sperm donation.
Sperm washing is done before sperm freezing. We take the sample of a man’s (patient’s) sperm and wash it before freezing. So we need to wash so will just keep the sperm to freeze.
How durable is the frozen sperm?
There is no limit for the freezing.
Can you explain the term, Preimplantation of genetics diagnosis?
Preimplantation of genetics diagnosis (PGD) is a genetic testing used to determine the embryos that carry a specific gene mutation before the pregnancy occurs. While preimplantation genetics screening (PGS) refers to removing one or more cells from an in vitro fertilization embryo to test for chromosomal normalcy. PGS screens the embryo for normal chromosome number. We can think of PGS as chromosome disorder screening on IVF embryos. So PGS increase the chances for a healthy pregnancy.
What are the constraints?
There are no limitations, we have many good reasons to do the PGD and PGS. Actually the main benefits of PGD are to prevent the transmission of monogenic disorder by restoring the genetic quality of the embryo while the PGS will steady the chromosomical quality of the embryo and screen for equal embryo to be transferred. It would help in reducing the miscarriage rate; it will increase the implantation rate and also the chances of having a baby.
What is the requirement for those who wants to undergo PGD and PGS?
Though anyone can undergo PGD and PGS, I will add that it is common mainly among patients that have advanced in maternal age. Women aged 37 and above: any IVF patient aged 37 or above may benefit from PGS, provided that they produce five or more embryos.
Patients in their mid-thirties are more likely to produce abnormal embryos so they are more likely to do the PGS that will analyse and identify abnormal chromosomal abnormality and identify an equal embryo to transfer to her uterus.
Preimplantation genetic diagnosis can benefit any couple at risk for passing on a genetic disease or condition.
The following is a list of the type of individuals who are possible candidates for PGD are: Carriers of sex-linked genetic disorders; carriers of single gene disorders; those with chromosomal disorders; women aged 35 and over. Others are: Women experiencing recurring pregnancy loss and women with more than one failed fertility treatment.
PGD has also been used for the purpose of gender selection.
However, discarding embryos based only on gender considerations is an ethical concern for many people.
What are the advantages of PGD?
The following are considered benefits of PGD: PGD can test for more than 100 different genetic conditions.
The procedure is performed before implantation thus allowing the couple to decide if they wish to continue with the pregnancy.
The procedure enables couples to pursue biological children who might not have done so otherwise.
What are the concerns of PGD?
The following are considered concerns or disadvantages associated with the use of PGD: Many people believe that because life begins at conception, the destruction of an embryo is the destruction of a person.
While PGD helps reduce the chances of conceiving a child with a genetic disorder, it cannot completely eliminate this risk. In some cases, further testing is needed during pregnancy to ascertain if a genetic factor is still possible.
Although genetically present, some diseases only generate symptoms when carriers reach middle age. The probability of disorder development should be a topic of discussion with the healthcare provider.
Keep in mind that preimplantation genetic diagnosis does not replace the recommendation for prenatal testing.
What is egg bank and sperm bank?
Sperm bank or egg bank or cryo bank in general is a facility that store human sperm, human eggs, garment in general from sperm to egg donors to use by human or couple who need donor provider garments and to achieve the pregnancy which they cannot using theirs.
Can you then define what fertility preservation is?
Fertility preservation is the process of saving eggs, sperm or embryo or ovarian tissue before they go into fertility damaging treatment like cancer treatment so the person can still use their garment to achieve pregnancy in the future. So women who want to delay motherhood can also preserve their eggs, so she is able to use her eggs to have her own biological child when she is ready. 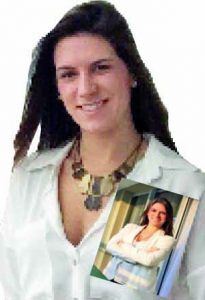 A woman’s egg was preserved at 30 and now she is 40. How would you describe the success rate, how viable is it?
And as an experienced embryologist, you should be sure of doing it in a perfect way so the patient can come at 30-years-old, then returns when she is 40. If so, her egg will continue to be exactly the same quality.
How is the preservation done?
Currently we have a technique called cryopreservation, and vitrification. Cryopreservation and vitrification are methods used for preserving human germ cells. Thanks to them, germ cells may be preserved in our cryobank for as long as several decades. The preservation period depends on the agreement with the client.
The difference between cryopreservation and vitrification is in the cell freezing rate.
Cryopreservation is a technique that utilises a special medium to allow preservation in liquid nitrogen at a temperature of -196°C.
Vitrification is a modern technique that rapidly freezes reproductive cells to a temperature of -196°C, literally within seconds. A special medium containing cryoprotectants is used during the process to protect the cells against damage.